Hence, in the Galapagos, a National Park, a Marine Reserve, a World Natural Heritage Site and Biosphere Reserve, a crime against its most valued natural treasure can be sanctioned with fifteen days in prison!

This is not about an institutional failure. The problem is a law that sanctions such serious infractions, damaging the ecological equilibrium in Galapagos, with such low penalties.

According to Ecuadorian law, a suspect detained on environmental charges can ask for suspension of preventive imprisonment by paying bail. The amount is generally not proportional to the environmental damages caused by the infractions of the law.

In the Galapagos this means that the work of the Police and other authorities is often futile because the suspect, once released, leaves the islands and even the country. The criminal procedure cannot be concluded without the suspect present. The result is that in the years of application of the Galapagos Law there are no records of convictions on environmental crimes. Even worse, in some cases we see the same perpetrators repeating the crimes.

Sea Shepherd Galapagos is in the process of getting legal help from a renowned Ecuadorian lawyer who will be working to propose a reform of articles 68 and 69 of the Special law of Galapagos. The prison sentence needs to be changed to three to six years, without the possibility of bail.

This proposal is justified by the judicial reality of Galapagos, illustrated in the annotated cases. It also responds to the constitutional principle of proportional sanctions and infractions and to the constitutional duty of the State to protect the Natural Heritage of the country. The Constitution of Ecuador declares the conservation of biological diversity a matter of public interest.

After eleven years of application of the Special Law of Galapagos, it is time to change it to a more effective instrument. Only then can we achieve the conservation objectives for Galapagos.

Sea Shepherd Galapagos considers this the main focus for 2010. 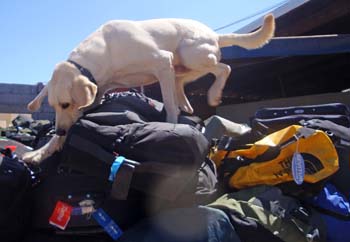