Third Phase of the K9 Project in the Galapagos Completed

For months they have been organizing extra fundraising events specifically aimed to raise the money for the construction.

The Ecuadorian Environmental Police and specifically the people and dogs of the K9 unit as well as the staff of Sea Shepherd Galapagos are very proud of the connection to Fremantle. We would like to thank all the people that donated to make this happen and of course many thanks to our volunteers.

Fremantle has proven to us many times that they are a force to be reckoned with. Our vessel the Farley Mowat was given the flag of the city in 2005 and was allowed to call Fremantle its honorary homeport. In that same year on behalf of Sea Shepherd, Captain Alex Cornelissen accepted the crest of the city from Mayor Tagliaferri. And, in 2009 Sea Shepherd met with the Mayor of Fremantle, Peter Tagliaferri to present him with a certificate of appreciation by Captain Paul Watson for his role in expelling the Yushin Maru No. 2 from Surabaya, Indonesia.

We now have financed all three Galapagos Islands and have completed the final phase of the project. Inspections are being carried out on all three islands at airports, in harbors, and during random checks in order to stop illegal poaching activities within this UN World Heritage Site. 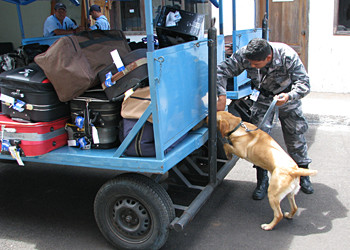 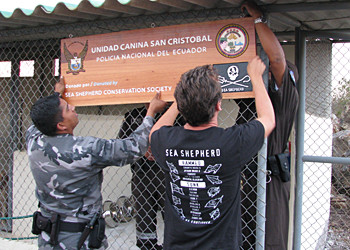 Working together with the police all the way 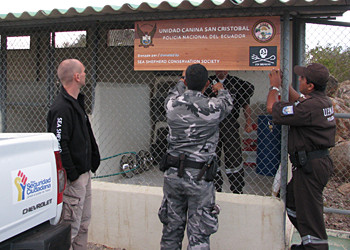