Although overwhelmed with opposing the horrific slaughter of dolphins on the beaches of Japan; the Japanese killing fleet in the Southern Oceans; the killing of whales in Iceland and Norway; the slaughter of seals in Canada, South Africa, Norway, and Russia; and the devastating rape of the oceans by trawlers and longliners, we must not forget the Faeroe Islands.

This small Danish dependency between Scotland and Iceland is host to one of the most barbaric spectacles on the planet as each year thousands of gentle pilot whales are herded into bays and viciously slashed to pieces by drunken sadistic islanders who kill the whales for sport.

Sea Shepherd Conservation Society has engaged the Faeroese in confrontations in 1983, 1985, 1986, and 2000. Our efforts have helped to bring this ritual of blood and gore to the attention of millions. In 1987, the BBC produced the documentary Black Harvest that chronicled our interventions and efforts to stop the slaughter on the Faeroese beaches.

These pictures illustrate with vivid reality, the sheer horror of the Faeroese massacre.

Faeroese children suffer from the highest levels of mercury contamination in the world. The mercury literally eats away brain tissue and may help explain how these people can engage in such barbarity. This level of ruthlessness is extreme even compared to the behavior of Newfoundland sealers and Japanese dolphin killers. The Faeroese proudly boast of how much they enjoy the pleasure of making the whales bleed, poking out their eyeballs, and ripping the fetuses from the pregnant females. 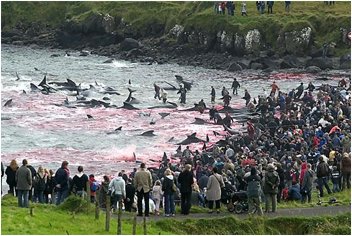 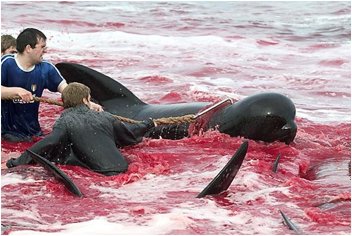 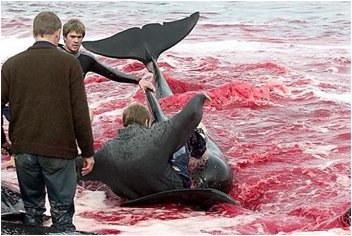 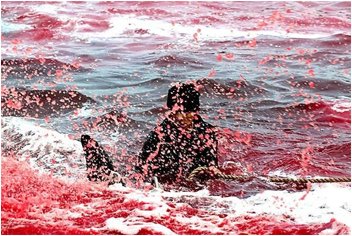 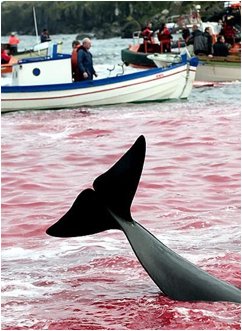 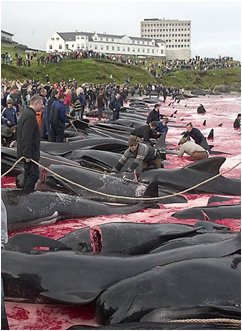 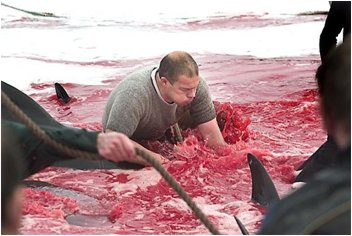 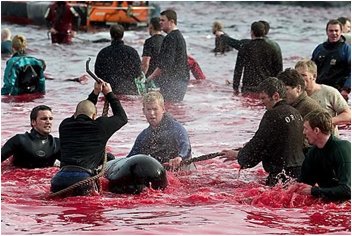 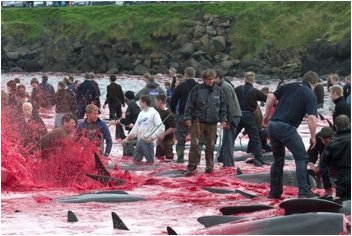