The International Wacky Whaling Commission Gets Underway in Madeira

“Hmmm, I don’t know anything about a Dutch ship 10 years ago,” I answered.

A few moments later he returned and said, “Excuse me, did you do anything illegal in the 70’s in Portugal?”

“I don’t think so. I uphold laws I don’t break them,” I responded.

“Well, it appears that you did something in Northern Portugal in the 70’s,” He said.

“Oh, they’re probably referring to when I chased the pirate whaler Sierra into Lexioes Harbor and rammed it twice. I don’t think that was illegal, I was never informed of any charges. The Port Captain was going to charge me with gross negligence but I told him there was nothing negligent about it, I hit the ship exactly where I intended to hit it. He told me he could not determine who the owner of the Sierra was and that I was free to go.”

The officer looked at me in disbelief then said, “There seems to be an outstanding warrant for something in connection with an incident in Northern Portugal, please wait here until I can get more information.”

I did not have much choice so I took a seat again. Deborah asked me what I thought would happen.

Finally, the officer returned and said we were free to go and free to enter Madeira. Apparently there was indeed a warrant for my arrest, and it had been issued in 1980. The warrant was in connection with our total destruction of the pirate whaler Sierra that we rammed in 1979. On February 6th, 1980, after repairs of over one million dollars, the Sierra was sunk dockside in Lisbon harbor.”

The warrant however expired in 2008.

Deborah and I proceeded through Customs where two friendly officers who were Whale Wars fans inspected our bags and then it was a taxi ride to the hotel to check in for the conference.

The next morning we could see the dozens of Portuguese police guarding the entrance to the hotel. Ironically, the major opponents against Japanese whaling (ourselves) were on the inside. We had booked rooms a year before and as registered guests we could not be ousted from the hotel.

The Portuguese government had deliberately decided to host the meeting in Madeira to make it difficult for protestors to come from mainland Europe. The police had also been instructed to prevent anyone entering the hotel wearing Sea Shepherd logos.

The 61st annual meeting of the International Whaling Commission opened in the same boring manner as meetings in previous years. Dr. Roger Payne sarcastically commented that the same papers and discussions from 1971 would fit right into the present agenda.

On the bright side, the Australian delegation was actually talking tough for the first time since Senator Ian Campbell was Australia’s outspoken delegate to the Commission. The Japanese are muttering about putting Humpback whales on their kill list again. Greenland wants to kill humpbacks. Iceland wants to kill fin whales. Korea now wants to kill whales, Norway wants to kill more minke whales and Japan wants to kill everything that swims and breathes air.

Because Sea Shepherd is banned from attending the IWC meetings, the Sea Shepherd crew coming from Australia, Canada, Great Britain, the Netherlands, New Zealand, Germany and the United States hung around the entrance to the hotel and intimidated the whalers which is always fun.

A dozen members of the Japanese delegation were about to enter the outdoor poolside restaurant when they saw me sitting at the table. It was comical to see them stop, their jaws drop open wide, and then they quickly turned to scurry off in search of another restaurant.

The high point of the day for me was when Dr. Sydney Holt, one of the world’s leading and most distinguished authorities on whales and whaling and the IWC, approached me to tell me how much he supported Sea Shepherd and accepted my invitation to become a member of the Sea Shepherd Advisory Board.

At the end of the day the delegates and approved NGO’s and media headed off in buses for the Portuguese government’s cocktail reception. We of course were not invited, but we stood by the door and saw them off with smiles to the Japanese delegation, one of which snuck a picture of me. The U.S. whaling commissioner Bill Hogarth stopped and shook my hand in public, much to the horror of the on-looking Japanese delegates.

And thus ended Day One. My prediction is that once again, nothing will be resolved and nothing will be decided. Japan will bring up another motion to condemn Sea Shepherd, the whalers will whine for more victims, the whale defending nations will posture and pose and the outlaw whalers will continue to kill whales without any opposition other than that of the Sea Shepherd crew.

This evening as the whalers and the anti-whalers rubbed elbows and drank Portuguese wine and port and both mutually criticized Sea Shepherd’s excessive tactics, the Sea Shepherd crew was meeting to organize the announcement in the next two days of our 6th whale defense campaign to the Southern Ocean.

It’s a great thing being the Ladies of the Night of this movement. There are many delegates on the conservation side that agree with us but don’t want to be seen with us in the light of day. But the one great advantage of being banned from the IWC is that we don’t have to attend the boring meetings. We just need to monitor the rules and then head down to the Southern Ocean in December to kick the ass end of the Japanese whalers again. 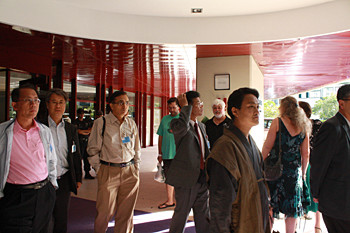 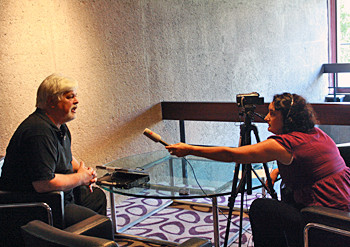 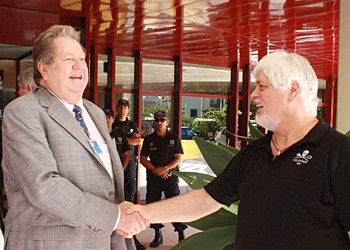