The Film Sharkwater is a Hit at the Toronto Film Festival

The Film Sharkwater is a Hit at the Toronto Film Festival 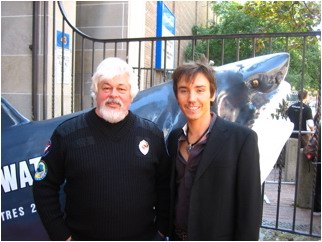 The sharks took to the street and the silver screen in Toronto this week with the presentation of Rob Stewart's incredible cinemagraphic production Sharkwater.

This 90-minute movie turns public perceptions of sharks on its head and at long last is the rebuttal and the antidote for the merciless fear that Steven Spielberg inspired with his irrational and fictional portrayal of these wondrous and unique creatures in that anti-nature hate spectacle he called Jaws.

Sharkwater simply busts the myth of the dangerous shark wide open and reveals the facts that explain the ecological importance of sharks.

More people are killed each year by soda pop machines falling on them then die from shark attacks. The average human fatalities caused by sharks average five deaths a year. It is simply more dangerous to play golf than to swim in the ocean because statistically more people die from lightening strikes on golf courses every year than fall victims to sharks.

The high definition cinematography of this film is spectacular. The undercover filming of illegal shark finning operations is suspenseful and the confrontations with shark poachers is dramatic high seas actions.

This is both an entertaining and educational story as told by a man with a life-long love of sharks who spent nearly five years bringing these images of beauty, horror, and action to the screen. 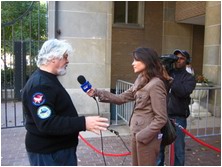 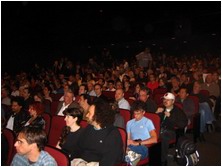 Rob Stewart is a biologist, diver, writer, producer, and director. His unique blend of talents has produced a film that will correct people's misconceptions of sharks. It is a film that has long been needed and a film capable of changing laws and policies towards actions to protect the diminished populations of sharks in our oceans.

The film also features Sea Shepherd Conservation Society and the crew of the Ocean Warrior in action off of Guatamala, Costa Rica, and the Galapagos. Founder and President of Sea Shepherd Captain Paul Watson, Dr. Godfrey Merlen, and Rex Weyler are among the commentators appearing in the movie. 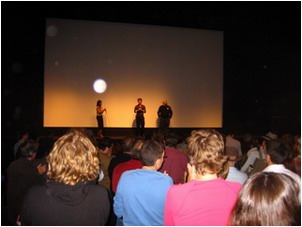 After the film, Captain Watson and Rob Stewart engage in a session of Q & A

Sharkwater will be distributed theatrically in movie theatres starting in April 2007.

For more information on the film go to www.Sharkwater.com

The film will be shown again at the Toronto Film Festival on:

The film will also be shown at the following locations this month:

The Year of the Shark

In April 2007, Sea Shepherd Conservation Society will launch our Year of the Shark to focus international attention on the dangerous diminishment of the world's shark. The Year of the Shark will be launched with the theatrical release of Sharkwater. 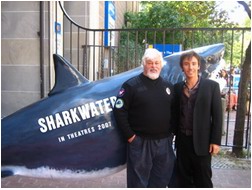