Tasmania Welcomes the Return of the Steve Irwin to Hobart

The Steve Irwin will remain in Hobart for a month before moving to Melbourne. This week Captain Paul Watson will be speaking at the University of Tasmania, attending a photo exhibit about Tasmanian forests by Green Party leader Senator Bob Brown and will speak to forest activists on the front lines of the battle to save Tasmania's old growth trees.

"These two issues, whales and trees are closely related more than people know," said Captain Watson. "Twenty percent of Japan's paper supply originates in Tasmania. It's a trade-off. Australia wants to continue destroying old growth forests in Tasmania to sell to the Japanese therefore the government is willing to do the bidding of the Japanese whaling industry. In return the Japanese want to kill endangered whales and are threatening trade retaliation against Australia. It seems to me that Japan needs Australia more than Australia needs Japan, but politicians tend to be afraid of anything that upsets the economic apple cart so the whales are being sacrificed so that the destruction of the forests can continue."

When the Japanese see Australia's Environment Minister Peter Garrett supporting the destruction of the forests, endorsing uranium mines, dredging Port Phillips bay and killing dolphins, slaughtering kangaroos and allowing shark finning, they can smile and say, 'he's one of us'.

"If Peter Garrett is willing to crucify me to appease the Japanese whaling industry then so be it," said Captain Watson. "I'd rather be tossed into a cell for life than to betray my love for the diversity of life on this wonderful planet." 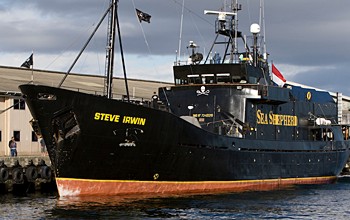 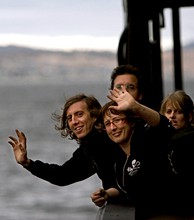 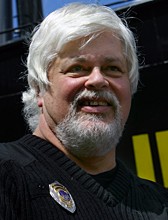 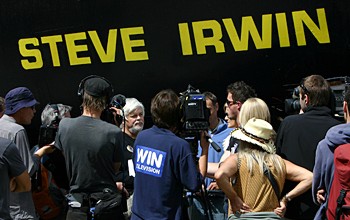