Sea Shepherd is currently in Osaka, Japan working with the international surfing community's efforts to stop the annual dolphin slaughter that claims more than 25,000 intelligent and innocent lives every year in Taiji and adjacent seaside towns and villages.  Pro Surfer Dave Rastovich is a leading advocate for the plight of these animals and refers to as dolphins as "the original surfers."  He has called on the surfing community to take a look at what's going on.  Rasta's group, Surfers for Cetaceans, along with Sea Shepherd Conservation Society, Save the Waves, Minds in the Water, and The Whaleman Foundation joined in an action in Taiji, Japan on October 27.  In one of the bays where thousands of dolphins are killed, 22 people with surfboards and wet suits paddled into the water and formed a prayer circle to honor their memory. After the surfers returned to shore the police asked for passports and took photos of everybody that was there.

The police had known for weeks that a plan was in the works to oppose the killing of the Taiji dolphins.  It so happens that no dolphins were being killed during this time because the Japanese were afraid of being exposed. Rastovich was able to meet with some local community members and discuss the high mercury level in the dolphin meat.  The action raised the noise level and opened people's minds.  Sea Shepherd's presence puts the dolphin killers on notice that we will not rest until the slaughter stops.  This is another episode in a battle to save the world's cetaceans. 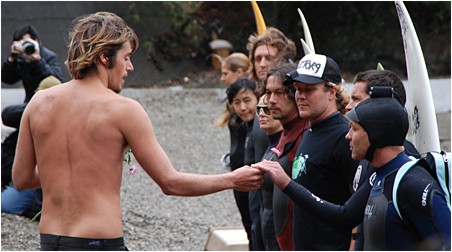 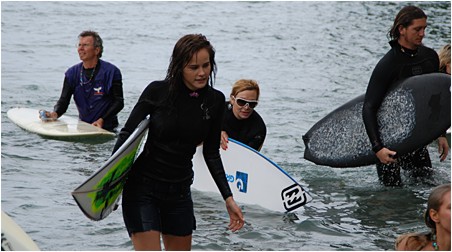 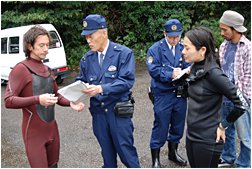 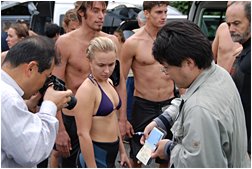