The raft was attached to a position indicating satellite transponder manufactured by MDS Marine Instruments, the serial number of which has been recorded.

The presence of frigate birds, lacking the ability to take-off from the water, suggests the raft may have been set near the Galapagos islands and drifted further offshore.

The crew of the Steve Irwin have recovered the equipment, deactivated the transponder, dismantled the raft, hauled in the net, and committed the shark to the deep. 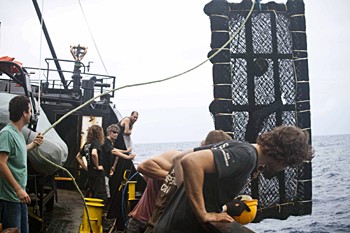 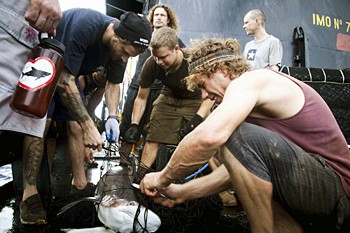