Sea Shepherds Sirenian Nabs Another Poacher in the Galapagos

Sea Shepherds Sirenian Nabs Another Poacher in the Galapagos 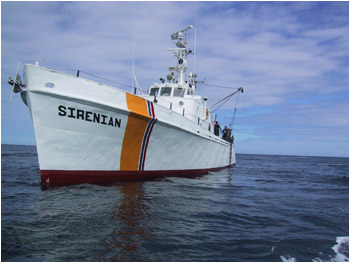 After boarding the boats, the rangers identified some 75 illegally taken sharks.

The Adonai V was escorted to San Cristobal Island where it will be guarded by the Sirenian to prevent escape pending a court hearing.

On March 17 on the Island of Isabela, National Park Rangers and Naval officers stopped a truck and found 4,147 shark parts estimated to have been taken from 850 illegally caught sharks. The truck has been seized and the driver has been arrested and is awaiting a court appearance.