Thanks to the courageous crews on the Steve Irwin, the Bob Barker, and the Ady Gil, thanks to the hundreds of shore based volunteers, thanks to the thousands of supporters, and thanks to Bob Barker and Ady Gil, Sea Shepherd hunted down the whale killers, confronted them, harassed them, and shut down their operations for a third of their season.

What did this cost the Japanese fleet?

If the average value of a whale is a quarter of a million dollars, then we succeeded in depriving the Japanese whaling fleet of around $132 million USD.

It is safe to say that the Japanese whaling industry did not make a profit this season. The whaling fleet needs to kill at least 700 whales just to break even on expenses.

And on top of their loss of profits was the waste of fuel expended while being chased by Sea Shepherd, the cost of security and defense systems, the cost of surveillance flights, public relations expenses, loss of labor costs (because the workers did nothing while the ships were being pursued). With no whales to cut up, they sat in the mess and gambled, drinking sake and tea.

"The lack of samples could affect the accuracy of our research," Fisheries Agency Takashi Mori said of the low catch.

“We hope so, but most importantly we know that the lack of ‘samples’ will impact their profits,” said Captain Paul Watson. “We hit them long and hard this year and all our efforts and risks have paid off. There are now 528 whales swimming freely in the Southern Ocean that would now be dead if not for the fact that we intervened. It is a happy day for my crew and I and conservationists worldwide, a happy day indeed.”

Choosing to play the victim of “eco-terrorists,” Mori blamed "violent interference" by Sea Shepherd activists who he said paralyzed whaling for 31 days.

The Sea Shepherd Conservation Society is absolutely proud of the fact that we managed to “paralyze” lethal whaling operations for 31 days.

“I could not have used a better word to describe our actions,” said Bob Barker Captain Chuck Swift. “We absolutely did paralyze their despicable operations for 31 days, and I am ecstatic to finally have official Japanese acknowledgment of our success. Thank you Mr. Mori for this validation.”

Sea Shepherd is now repairing damage to the Bob Barker, searching for a potential replacement for the destroyed Ady Gil, and working to help defend Captain Pete Bethune who remains a prisoner of the whale wars in Japan.

Said Captain Watson, “Ships are expendable, endangered and protected whales are not. We lost a ship and we have one crewmember taken prisoner, and no injuries were caused nor sustained. I think we did bloody well this year. Now we need to re-organize, raise more funds, repair and prepare the ships and go back in December to do an even better job.”

Operation Waltzing Matilda was the sixth voyage by Sea Shepherd to the Southern Ocean Whale Sanctuary and the most successful voyage to date. 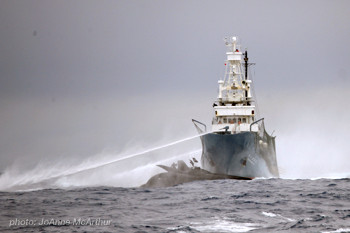 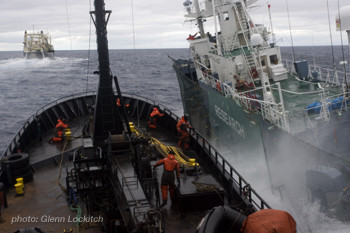 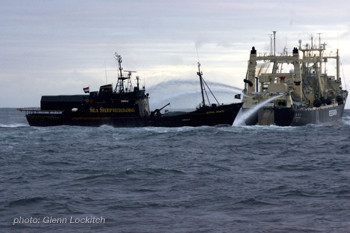 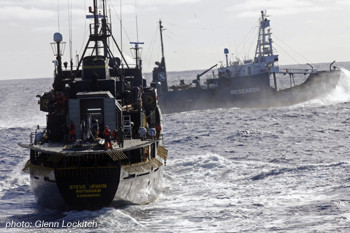