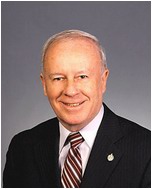 Statement by Loyola Hearn Minister of Fisheries and Oceans

OTTAWA, ONTARIO--(Marketwire - June 8, 2007) - Every year, on June 8, the world focuses on the importance of our world's oceans. Today, the 15th annual Oceans Day, I encourage you to celebrate our oceans.

Captain Watson: We need to, because Loyola Hearn and the Department of Fisheries and Oceans (DFO) are not celebrating our oceans. They are doing everything they can to destroy our oceans in the name of short-term profit to appease their special interest supporters.

As a maritime nation built on the fishery, we must do what we can to protect our water.

Captain Watson: That's why the Canadian government has destroyed the cod fishery and is now scape-goating the seals. Canada subsidizes the largest mass slaughter of a marine mammal species in the world - the annual harp seal massacre. In addition, Canada is illegally slaughtering bowhead whales in the Arctic. Canadian DFO support for salmon farming is causing incredible marine ecological damage on both the Atlantic and Pacific coasts. The DFO has proven to be one of the most incompetent and mismanaged government departments in the history of the Canadian Government. Loyola Hearn caters only to special fishing industry interest and is biased to the demands of the fishing industry in his own province of Newfoundland. Canada refuses to support the United Nation's call for a ban on bottom trawling. The Canadian Government refuses to address its responsibilities under the Kyoto Protocol to take action on global warming. Canadian cities still pump raw sewage into the oceans. The fact is that Canada is doing very little to protect our oceans.

Ten years ago, the Oceans Act was enacted creating a new and innovative way for our nation to manage its oceans. A lot of things have happened since then.

Captain Watson: Canada signs many international agreements and passes national legislation that it does not honour or implement. Yes, many things have happened since then: more fishery closures, more seals killed, more pollution, and more habitat destruction.

We've improved our scientific knowledge of our three oceans and are working with our partners to set clear conservation objectives which respect the needs of all users.

Captain Paul Watson: Talk is cheap Loyola. Let's see some action. Who are these partners - you mean industry and special interests.

We've designated six Marine Protected Areas (MPA) to ensure that special places in Canada's oceans are protected for future generations. The most recent area designated was the Musquash Estuary on the Bay of Fundy. And we're not done yet.

Captain Watson: It's easy to designate protected areas but quite another thing to actually protect them. And yes, it's true you're not done destroying our oceans yet.

Last week, we announced an agreement with the Council of the Haida Nation to work together on the planning and management of the Bowie Seamount, a proposed MPA on the West Coast.

Captain Watson: Hopefully, the Haida will see that something comes of this. The First Nations have proven to be more competent than the DFO when it comes to managing fisheries.

Implementation plans are already under way to support the Gilbert Bay and Eastport MPAs. Work is also being planned to develop a national MPA network in Canada's three oceans.

In the Budget, Canada's New Government announced a new National Water Strategy to ensure that our water is safe and clean, and that the sustainable development of our oceans is done responsibly.

Captain Watson: So how about some sewage treatment plants? How about stopping mercury pollution from pulp and paper plants? How about outlawing the farming of exotic Atlantic salmon in Pacific waters? How about doing anything except talking about how the government is doing things that it is not actually doing?

This year's Oceans Day theme is Rivers to Oceans, and is intended to increase our understanding of both freshwater and saltwater environments.

Captain Watson: Most of the Canadian rivers that drain into the oceans are polluted. The government of Canada definitely needs to increase its understanding of marine ecosystems.

As Minister of Fisheries and Oceans, I encourage all Canadians to celebrate Oceans Day by remembering and respecting the nourishing and life-giving properties of water all around you.

Captain Watson: And when we do, we can depend on the government to harass and persecute us. When I chased Spanish and Cuban drag trawlers off the Grand Banks of Newfoundland, Canada had me arrested. Because David Suzuki has spoken out against the government, the David Suzuki Foundation has been audited three times. All environmental groups that speak out against the government have had their tax status removed like Greenpeace and Sea Shepherd or are the object of aggressive measures by the government to remove their status like they are presently doing with the Suzuki Foundation.

What Loyola Hearn wants us to do is to every day say "I respect the oceans" but don't actually do anything to protect them. I remember how rich with diversity the oceans off of Canada's coasts once were and not so long ago. Now, the oceans have been diminished immensely and all this clown from Newfoundland can say is we must "remember and respect" the seas.

Stop killing seals Mr. Hearn. Stop illegally slaughtering bowhead whales. Get your mad-dog Newfoundland fishermen to stop shooting sea birds and marine mammals on sight and to stop tossing their garbage overboard. Stop the factories from polluting the rivers. Close down the salmon farms. Outlaw bottom dragging. Do something instead of sending out flowery letters asking us celebrate our oceans.

The press release was closed with the following contact information: