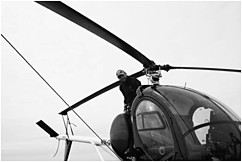 The Sea Shepherd Conservation Society was informed today that the Greenpeace ship Esperanza has departed New Zealand without helicopter support.

The Sea Shepherd Conservation Society would like to once again extend an offer of cooperation with Greenpeace.

We suggest that the Esperanza join forces with the Steve Irwin. Both ships could run on a parallel search pattern along the coast separated by 100 miles with the helicopter flying between both vessels.

"For the sake of the whales, I am requesting that Greenpeace set our political difference aside," said Captain Paul Watson. "Our disagreements are trivial and petty compared to the slaughter we are both trying to stop. Once again I appeal to Greenpeace for cooperation. If Greenpeace cannot make peace with me, one of their original founders, then how can they expect to promote peace between nations?"

The Steve Irwin will dock in Hobart on December 22nd to pick up parts for a damaged main engine and then will resume operations in pursuit of illegal Japanese whaling activities. The ship will also take on additional fuel to extend the search area.

The Japanese fleet has begun whaling operations in the Western end of their hunting area. They normally start in the East but have opted to go West in an effort to avoid interception by anti-whaling vessels.