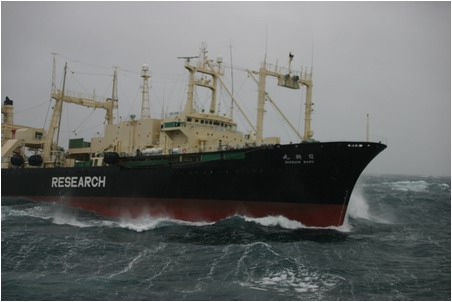 Sea Shepherd has given the whales a Christmas gift.
No whale will be killed on Christmas Day.

Captain Paul Watson calculated a possible interception course by dropping out of the chase behind the Greenpeace ships Esperanza and Arctic Sunrise. He headed due west and caught the fleet as they attempted to head south towards Porpoise Bay.

At 0200 Hours they were spotted on radar. The Farley Mowat passed the Esperanza and headed to the Japanese factory ship, the Nisshin Maru, coming alongside.

Both ships were on a collision course and the Nisshin Maru's bow was plunging high out of the water as she came at full speed towards the Farley Mowat.

Captain Watson ordered a mooring line deployed behind the Farley Mowat. As soon as the Nisshin Maru saw the line they turned and backed off to avoid their prop being fouled.

At 0600 Hours the Nisshin Maru was heading west into heavy seas with the Farley Mowat on her tail.

Captain Watson notified the Nisshin Maru that they were in violation of International law and that acting under the authority of the United Nations World Charter for Nature, he was ordering them to depart the Southern Oceans and return to Japan.

The Farley Mowat and the Esperanza are chasing the Nisshin Maru in Heavy weather. The chase is expected to last all day and  chances are good that no whales will die in the Southern Ocean on Christmas Day.

At 0800 the position of the Farley Mowat and the Japanese factory ship was 62 degrees 55 minutes South and 136 degrees and 38 minutes East.

Click here to learn more information about Sea Shepherd's campaign to save the whales of Antarctica.

The maps below illustrate the Farley Mowat's location and expedition route: 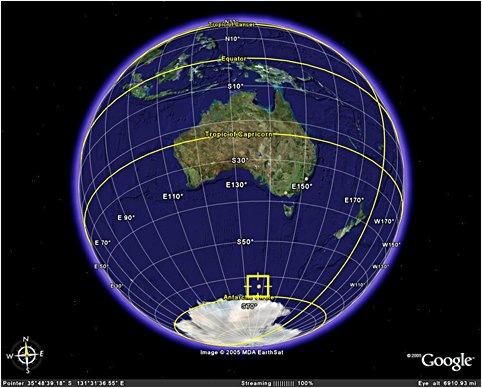 Location of today's confrontation is highlighted in the yellow box. See below for closer view. 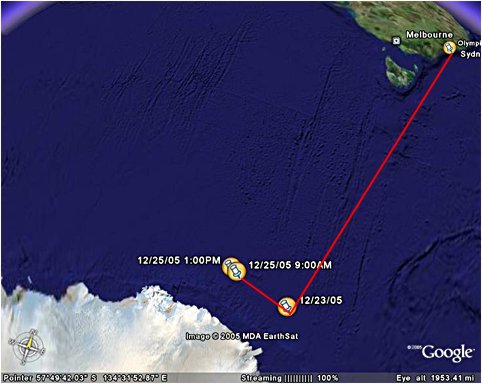