Sea Shepherd Helps Establish Permanent Base at Darwin and Wolf

Also on this maiden voyage will be Sea Shepherd volunteer Tod Emko from New York City who has been invaluable in the Galapagos office as well as helping the Animal Balance campaign that was conducted recently. Tod has already shown his value for this first trip by fixing the Satellite phone of the Tiburon Martillo without which the departure could have been postponed. Tod will be documenting this historic voyage as well as getting information that is aimed to improve the communication between the heart of the National Park (Santa Cruz Island where the headquarters of the Park service is located) and the North. Sea Shepherd volunteers will be allowed to accompany the Rangers during the upcoming trips offering their skills where needed.

Captain Paul Watson is elated to see this idea finally become a reality. As far back as 2000, Captain Watson expressed to then National Park Director Eliecer Cruz that a permanent station at Wolf and Darwin was essential to curtailing poachers. Sea Shepherd is proud to be associated with this project and predicts that this united effort will significantly reduce shark mortality in the Galapagos. 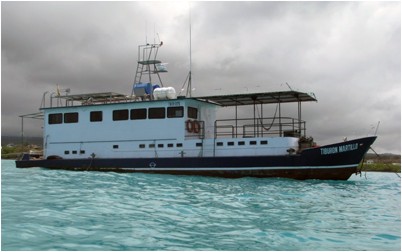 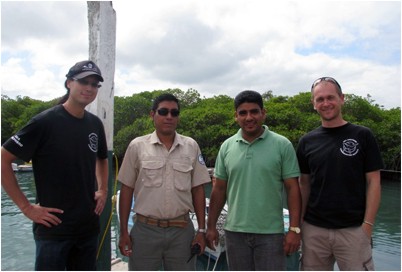 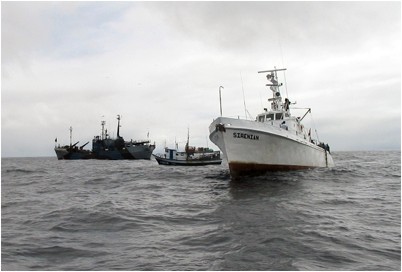 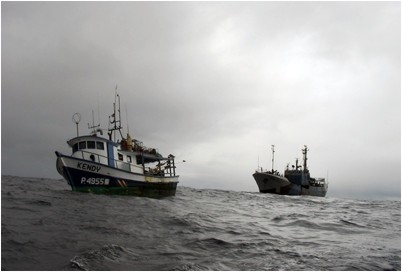 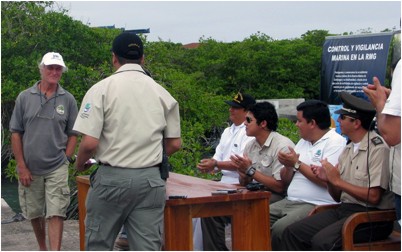 Godfrey Merlen of WildAid, who got this project started in 2001 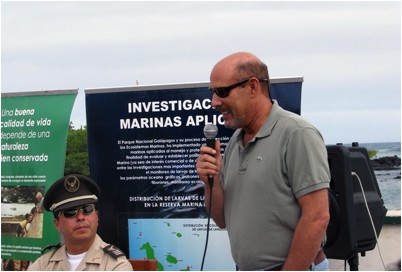 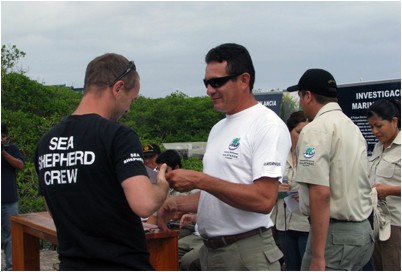 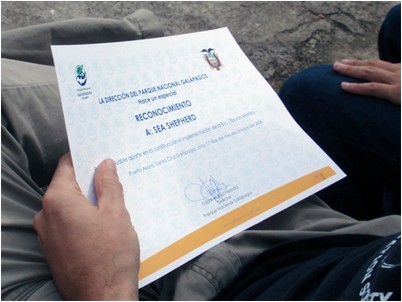 The certificate of recognition 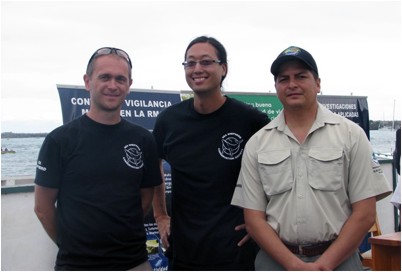 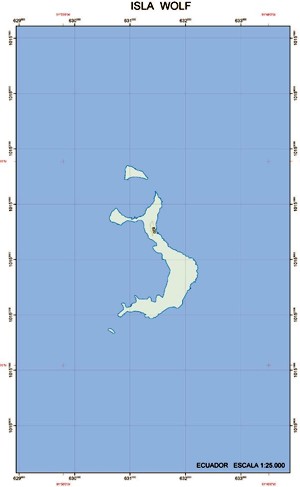