The organizations that received 2009 donations can be found at the following link:

Sea Shepherd has committed the funding we have been granted to our vigilant battle against illegal Japanese whaling in the Southern Ocean Whale Sanctuary, to anti-poaching patrols and law enforcement in Ecuador's Galapagos Islands where we have a full-time office, to develop global strategies to stop shark finning, and to continue our battle with the Canadian government over its annual seal hunt in Eastern Canada. 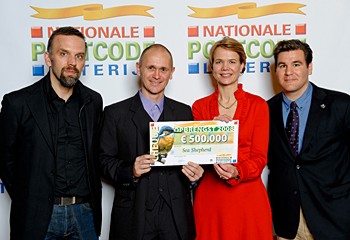 Sea Shepherd Europe board members Geert-Jan Vons and Alex Cornelissen,
and Director of Development, Alex S. Earl are presented a check for 500,000 euros
from a Postcode lottery representative at the "Goed Geld Gala" in the Hague, Netherlands 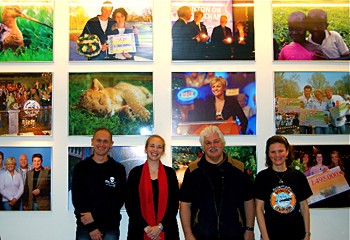 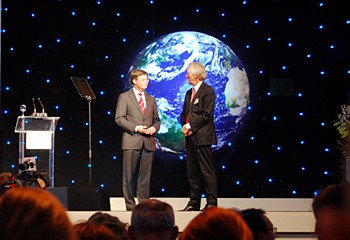 The head of the Dutch Postcode Lottery, Boudewijn Poelmann, and the
Dutch Prime Minister, Dr. Jan Peter Balkenende at the "Goed Geld Gala" 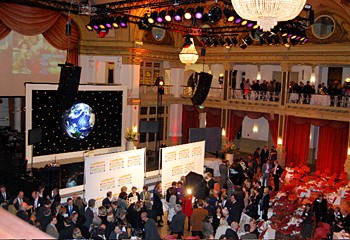 The ballroom at the "Goed Geld Gala"