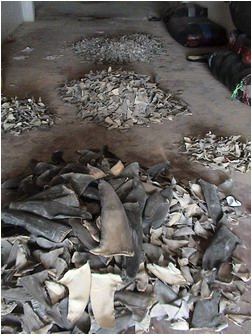 Sea Shepherd Conservation Society and operatives of the Ecuadorian Environmental Police seized a total of 18,673 shark fins and arrested four suspects who are now being detained. "This successful sting is the result of several months working covertly with the cooperation of General Bolivar Cisneros, Chief Commander of the Ecuadorian National Police," said Sea Shepherd Galapagos Director Sean O'Hearn-Gimenez.  "Sea Shepherd traced potential exit points in the illegal shark fin trade that occurs in the Galapagos Islands and Ecuador."

The initial seizure, at the immigration checkpoint, included four huge sacks with over 500 pounds of shark fins that were hidden in the compartment area of a passenger bus travelling along a route from Guayaquil to Huaquillas.  Three passengers were arrested at this point, including an Ecuadorian and two Peruvian men. A second passenger bus travelling from Guayaquil towards the Peruvian border was also inspected and two boxes were found full of shark fins, weighing 97.9 pounds. A Peruvian male approached the driver and stated that he was expecting the two boxes and he was immediately arrested. This is roughly equivalent to over 4,500 sharks slaughtered with a street value of over USD$140,000. 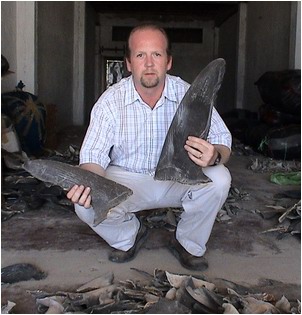 Sean O'Hearn-Gimenez with confiscated shark fins at the police station

"This is a cruel and senseless act.  Some shark populations have declined by more than 90% in the last 30 years.  Many of the sharks are finned in and around the Galapagos Marine Reserve and this has a direct impact on Ecuador's tourism industry," stated O'Hearn-Gimenez. "Using longlines, the shark finner will use a long hook to haul the shark into the boat and then club it in the head knocking the shark unconscious.  At this point the shark is finned alive and is thrown back into the water and left to bleed an agonizing death."

In Ecuador, exportation and commercialization of shark fins is against the law.  Sea Shepherd will be filing a lawsuit as well as conducting a forensic analysis of the shark fins in order to determine the biological makeup of the sharks and to determine whether any of the species are also listed as endangered by the International Union for the Conservation of Nature (IUCN). Sea Shepherd will also oversee the incineration of the fins. 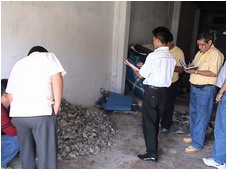 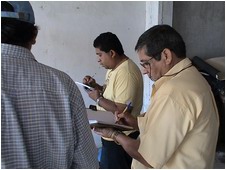 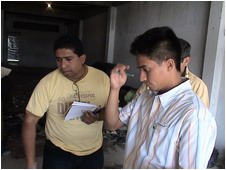 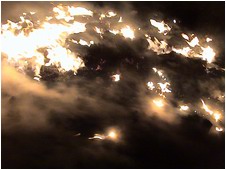 "We have invested seven years in the Galapagos so far," said Sea Shepherd Founder and President Captain Paul Watson. "We have established a solid working relationship with the Galapagos National Park and enforcement authorities in Ecuador. This important bust and seizure of shark fins is a heavy economic blow to the criminals engaged in this destructive and illegal trade." O'Hearn-Gimenez will oversee the incineration of the shark fins to ensure that they do not re-enter the black market. Sea Shepherd Galapagos continues to work with the Environmental Police in Ecuador with the objective of putting an end to the illegal shark fin trade.

Click here to learn more about this effort to save ocean wildlife in the Galapagos!