The whales do not have time to wait until awareness is changed in Japan. The killing must be ended now and the key to success is to interfere with profits. Sea Shepherd intends to make sure that the financial losses of the Japanese fleet exceed their profits. This is the only language that the whalers understand.

Sea Shepherd has given the name of Operation Musashi to this year's campaign in reference to the legendary samurai ronin and master strategist Miyomoto Musashi who is to Japan what Ned Kelly, Robin Hood and Jesse James are to Australia, England and the United States.

Musashi wrote of the "two-fold way of pen and sword" and that means that confrontation plus communication is the strategy to be followed this year. Sea Shepherd will physically block the Japanese harpoons.  Animal Planet will be producing a television series documenting Sea Shepherd's dramatic efforts to communicate the problem and our solution to the world.

All Sea Shepherd tactics are designed not cause bodily injury. Last year, the whalers accused Sea Shepherd crew of throwing "acid" on them. While technically rotten butter is butyric acid, it is less acidic than beer or orange juice. But it does stink very bad and thus interferes with their work.

The Sea Shepherd Conservation Society expects the Japanese to be more aggressive this year. They are losing money and their image as whale butchers is becoming a growing embarrassment. Last year the whalers threw concussion grenades and fired live shots at the crew of the Steve Irwin. We expect they will be more hostile facing another year of losses.

The Sea Shepherd crew are also concerned over Greenpeace allegations that Sea Shepherd is a violent organization. "This kind of irresponsible rhetoric could get us killed," said Steve Irwin 2nd Officer Peter Hammarstedt of Sweden. "If Greenpeace continue to make these unsubstantiated accusations, it could serve to justify violence by the whalers against us. We would like to request that they cease and desist from making remarks that may possibly endanger our lives."

Captain Paul Watson expects to intercept the Japanese whaling fleet in the Ross Sea area around sometime during the last 10 days of December. "Hopefully we will arrive in time to give the gift of life to the whales this Christmas and hopefully we will see 2009 as the last year that these outlaw whalers continue to slaughter these intelligent, defenseless and gentle sentient creatures," said Captain Watson. 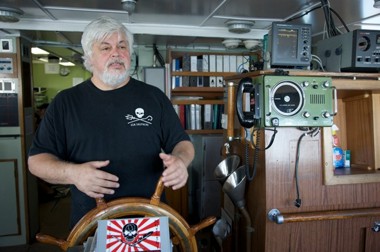 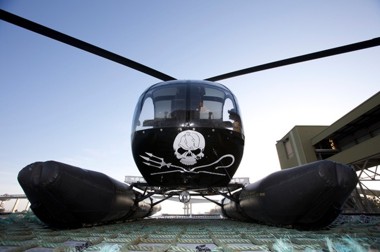