Dolphin researcher, Dr. Simon Allen says confirmation of a dwarf dolphin not previously recorded in waters off the site for a controversial gas precinct, demonstrates that the State Government's environmental impact assessment is sub-standard. A Labor MP’s polling has also shown 79 percent of the Broome residents are opposed to the gas-hub development.

The Joint Venture partners involved in this project BHP, BP, Chevron, Shell, Mitsubishi and Mitsui are being led by Woodside. However industry analysts believe that Joint Venture partners preference is to process the gas elsewhere. It is Barnett who is pushing for this site. We need to stop these $45 billion gas factories before the final investment decision in June 2013, as there are alternatives! 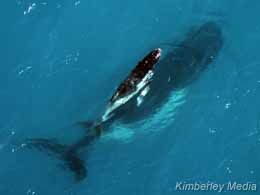 Humpback Whale mother and calf off James Price Point - photo: Annabelle Sandes/Kimberley MediaIf the Australian federal government Ministers cannot protect the whales in the Australian Antarctic Whale Sanctuary, then the very least they can do is protect them right off our coast where they are born. They can do this by sending a clear message to the Australian public that they do not support this.

It has taken over three decades for the Western Australian humpback population to bounce back from the brink of extinction, from the barbaric slaughter they endured from whaling. The last thing our Aussie humpbacks need now is gas factories and a giant industrial port in their breeding grounds.

Having massive gas export facilities at James Price Point would be like trying to have and nurture a baby right next to the noise of an airport, while having trucks going right through your house. The peace and tranquility of the humpbacks world would be shattered.

Please write to the Honorable Tony Burke MP, Federal Environment Minister, letting him know that you do not support the gas hub in James Price Point. 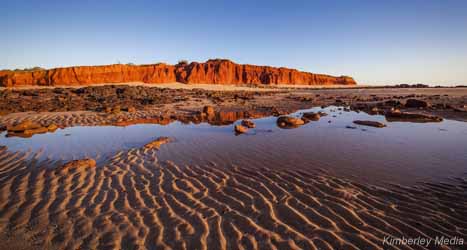