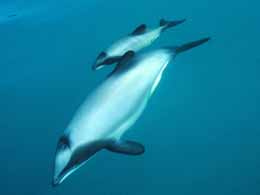 Maui's Dolphin mother and calf.
Photo: Steve DawsonMaui’s Dolphin will be the first marine cetacean in the world to become extinct directly due to human impact-unless you help! Please join a global initiative supported by Dr. Barbara Maas of NABU International to demand that the New Zealand government bans gill nets in the habitat of Maui’s and Hector’s Dolphin. The New Zealand government is currently accepting public submissions until April 11th. Support this ban by signing submission below and the petition to ban gill nets in the coastal waters of New Zealand.

There will still be more protection needed from other threats in the coastal habitat of Maui’s Dolphins (trawling, pollution, marine mining – we’ll work on these too), but most importantly let the New Zealand government know that you are not going to let the Maui’s Dolphin become extinct.

Watch the video and check out William's blog.

HERE’S WHAT YOU CAN DO: 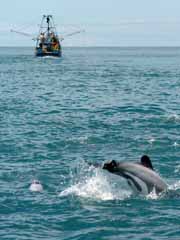