Alibaba.com, one of the largest online trading companies in the world, is offering shark related products mostly in the form of fins. In a recent newsletter published by the Shark Research Institute, there were 335 companies listing 169 shark related products. These companies are from countries such as Bangladesh, Brazil, Chile, Costa Rica, Ecuador, Egypt, India, Indonesia, Korea, Malaysia, Mauritania, Mexico, Nigeria, Senegal, Sri Lanka, Spain, Thailand, Vietnam, Venezuela and the USA. 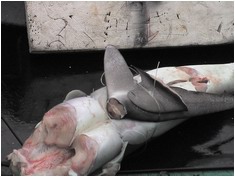 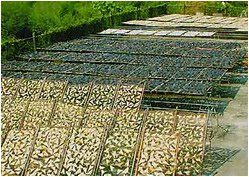 From left: A mutilated shark body with cut-off fins attached and thousands of shark fins drying.

"Many of these sharks are being brutally finned, often while still alive, within marine reserves around the world including the Galapagos Islands and we hope that Alibaba.com will remove these listings and restrict future listings that offer shark related products," states Sean O'Hearn Gimenez, Sea Shepherd Galapagos Director.

The listings were discovered accidentally by renowned underwater photographer, Wolfgang Leander, while serving as online facilitator for the global shark fin industry a few weeks ago. "As a shark enthusiast and underwater photographer I am very much concerned about the alarming decline of the shark population due to the illegal and senseless practice of finning, even in marine sanctuaries such as the Galapagos Islands" states Leander. "If Alibaba.com decides it will no longer facilitate the shark fin trade, the company could instead emerge as a powerful force in the forefront of ocean conservation." (Quoted from the SRI Newletter, Volume 15, No. 3) 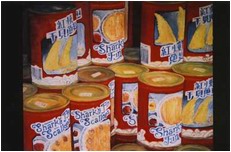 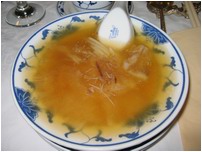 Sea Shepherd is joining Wolfgang Leander, Ocean Realm Society and the Shark Research Institute in efforts to convince Alibaba.com that by allowing shark fin traders to market shark products they are in essence supporting the shark fin trade. It is estimated that 100 million sharks per year are killed for their fins. "We are prepared to place an international boycott as well as media campaign of Alibaba.com if it is their decision to continue to support this brutal trade of shark fins and thereby putting at risk the health of the oceans' ecosystem and biodiversity."

For more information related to this topic please visit: