Sea Shepherd Galapagos Director of Operations Sean O'Hearn-Gimenez has been busy. Earlier this month he intercepted poachers attempting to smuggle almost 18,000 shark fins into Peru. He oversaw arrests of the smugglers and the incineration of the fins (to keep them off the black market). 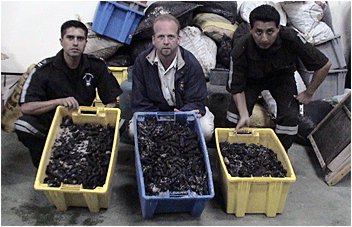 On Friday, June 29th, Sean traveled to the town of Libertad, near the coastal city of Guayaquil, where he participated in a raid on a house that was being used to process illegally obtained sea cucumbers for shipment out of the country.

Police officer Lieutenant Paco Chavez of the Federal Environmental Crimes division had placed the house under surveillance based on information supplied by Sea Shepherd. A warrant was obtained to search the house. 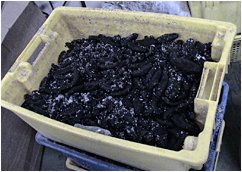 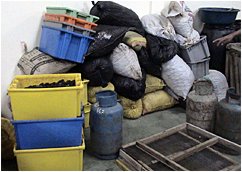 Two men were arrested: one Ecuadorian and one Chinese. The evidence was transported via police truck from city of Libertad to the police station in Guayaquil for secure storage - approximately 2 hours away. The Ecuadorian man was released after giving a statement to the effect that he was only in the house to collect money related to the sale of legal fish products. The Chinese man was jailed and held for questioning.

Channel 1 News from Ecuador arrived at the crime scene and interviewed O'Hearn-Gimenez about the arrests. Sea Shepherd not only works to stop illegal activities, but also endeavors to publicize what is happening. We will report further after the crime scene report is officially filed.

UPDATE : During the forensic investigation, the official count of the seized sea cucumbers was recorded to be 93,018.

More news from the Galapagos! Read about our seizure of illegal longlines! 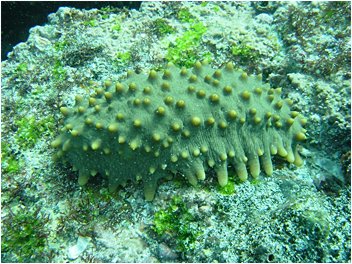 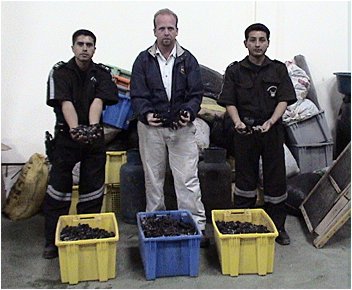