Q&A with Captain Watson of The Cove and Sea Shepherd

TP: What would you say to people who walk away from the film angry with Japan or the Japanese people?

PW: The government of Japan endorses this slaughter and the people are responsible for their government, so ultimately the Japanese people are, in fact, to blame. We need not hate them for this but we should firmly make it understood that this slaughter has no place in the civilized world, and that the fishermen of Taiji are shaming all the people of Japan.

TP: Has the operation depicted in the movie changed anything on the ground in Taiji?

PW: It is too early to tell but I am confident that the Japanese government is feeling the pressure.

TP: Why can’t international bodies like the International Whaling Commission take firmer steps to protect dolphins and whales? Isn’t that why they were created?

PW: The IWC is a toothless, useless organization that can’t even protect the great whales. I would not expect any solutions from the bureaucrats at the IWC. Change comes from the passion of people and the IWC is an organization without passion or compassion.

TP: Do you have any indication of how The Cove and news of its release in the U.S. has been received in Japan?

PW: In Taiji, I would say it has been received with shock and awe. They are embarrassed at being infiltrated, and feel shamed for being exposed.

TP: What’s next for you and the Sea Shepherd Crew?

PW: The Sea Shepherd Conservation Society likes to initiate these controversies, and with Taiji we began the ball rolling in 2003 with our initial videos and photos and our intervention in releasing trapped dolphins from the nets. I am happy that Ric O’Barry, Dave Rastovich, Surfers for Cetaceans, OPS, Participant and others have the ball and they are running it down the court towards a victory on behalf of the dolphins. 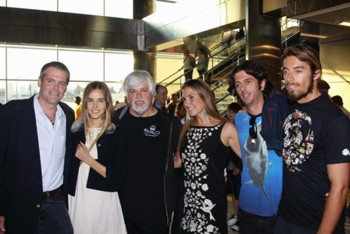 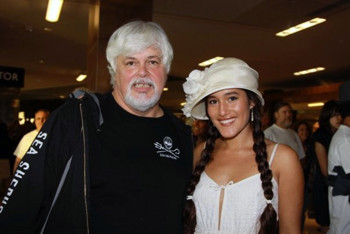 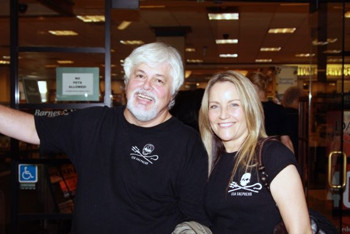