Planktos is a No Show in the Galapagos

Planktos is a No Show in the Galapagos

The Planktos ship and its cargo of 100 tons of iron ore dust was scheduled to begin deployment of its controversial cargo the first week of August. 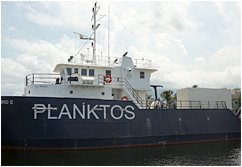 Nonetheless, Sea Shepherd will continue to monitor the project. Sea Shepherd has a permanent patrol vessel in the Galapagos that can intercept any ship that Planktos eventually decides to send to waters near the Galapagos Marine Reserve.

The controversial project seeks to sequester carbon by seeding the sea with iron ore dust to stimulate plankton blooms. The reasoning behind this project is that plankton will absorb carbon dioxide from the atmosphere and then Planktos will be able to sell carbon credits to industries that produce greenhouse 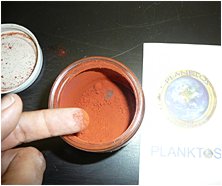 gas emissions. The problem is that Planktos has not obtained the legal permits to deploy the iron ore dust, they have not filed an environmental assessment for the project, and the science behind their theory is both suspect and controversial.

"I am not judging them one way or another," said Captain Paul Watson. "I do know that humans usually screw up when they seek to improve on nature but our opposition is purely a legal one. Planktos has to undertake an environmental assessment, they need to get a permit from the EPA and they need to get approval from the Ecuadorian Ministry of the Environment, from the Director of the Galapagos National Park and from the Darwin Research Centre in the Galapagos. If all these agencies become satisfied with the project then we will have no problem with it but our obligation is to protect the Galapagos National Park Marine Reserve.  Right now the National Park views the Planktos project as a threat. Our duty is to intervene against threats to the Park."

The Galapagos National Park and Sea Shepherd are concerned that the iron ore dust could drift into the waters of the Marine Reserve and there is no scientific evidence to determine if a plankton bloom in or around the marine reserve will be a good thing or a bad thing. Increased levels of plankton could mean depletion of oxygen from the sea that could be detrimental to other marine species.

Sea Shepherd Conservation Society is aware that Planktos is concerned about an intervention by a Sea Shepherd ship and crew. "They know we are not Greenpeace," said Captain Watson.  "They know we won't be just showing up to hang banners and take snapshots. They know we take any threats to the security of the Galapagos very seriously."