Pirate for the Sea – A Hit at the Telluride Film Festival

On Saturday afternoon of August 30th, Captain Paul Watson was the featured guest of esteemed documentarian Ken Burns in a "town hall" discussion at the San Juan County Courthouse in Telluride.

Captain Watson had the opportunity to meet and discuss the film and Sea Shepherd's work with hundreds of people including Salman Rushdie, Daryl Hannah, Jeff Goldblum, Tracy Chapman and many others.

"Ron Colby has done an incredible job in producing, directing, writing and narrating this film," said Captain Paul Watson. "It was difficult for me to judge if the film was good or not being that I could hardly be objective about a film about myself. But from the audience reaction to the film in all three showings, there is no doubt that it is a great film and Ron Colby did a magnificent job in putting it together." 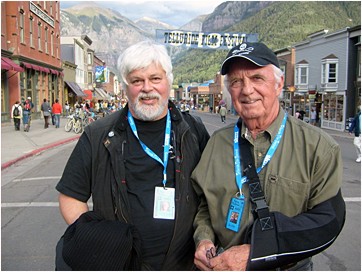 Captain Watson and Ron Colby at the Telluride Film Festival 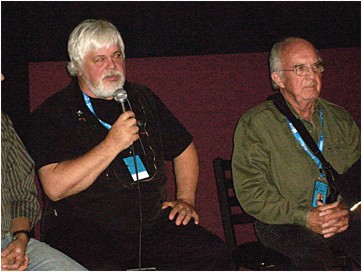 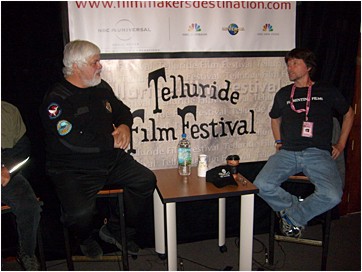 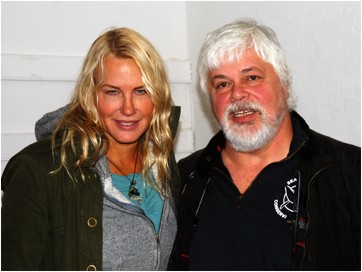