Oil Spill in the Galapagos, Tourist Boat Runs Aground

Recently, the Ecuadorian Minister of Tourism said in an interview with one of the national Ecuadorian newspapers that she hopes that UNESCO will remove Galápagos from the list of World Heritage Sites in danger. She is under the impression that Ecuador has improved the reasons for being listed. One of these reasons being the ecological degradation of Galápagos due to increased tourist numbers. Yet here we have a tourist boat sitting in the centre of tourism in Galápagos leaking unspecified amounts of fuel. This is certainly not the first tourist boat to leak fuel, run aground, or sink over the last years. Regulations are not at all what they should be; many tourist boats are in extremely bad condition. Regularly, one sinks mysteriously and it is often suggested that the owners deliberately run their ships aground to be able to claim insurance money.

Only three weeks after the near catastrophe with the Mollendo, we are once again confronted with evidence that Galápagos is indeed in danger. 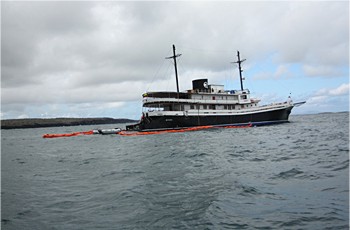 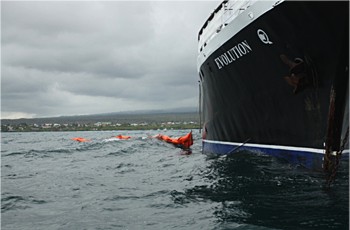 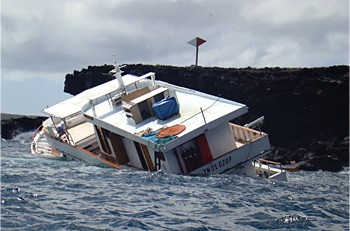 Tourist boat that ran into an island, apparently the man at the helm fell asleep 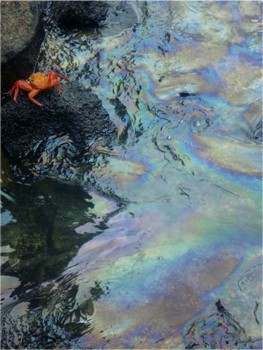