The scientific impact of the research is also limited. Relatively little research is published in international peer-reviewed journals, compared with research programmes on other marine mammals such as dolphins. According to the ICR, scientific whaling has produced 152 publications in peer-reviewed journals since 1994. However, just 58 of these papers were published in international journals. The rest were IWC reports or articles published in domestic journals, largely in Japanese. Most of the findings are not circulated among the wider scientific community, and the failure to subject papers to impartial review renders the value of much of this literature questionable.

Whether the results from scientific whaling are useful for stock management has also been questioned. The Scientific Committee of the IWC has explicitly stated that the results generated by the Japanese Whale Research Program in the Antarctic (JARPA) "were not required for management". Independent research shows that the data may overestimate whale abundance by up to 80 per cent (Marine Ecology Progress Series, vol 242, p 295).

Finally, given that there is considerable variation in the capacity of different whale populations to recover from stock depletion (Marine Mammal Science, vol 24, p 183), the value of the research for understanding populations outside the Antarctic and western north Pacific - which may one day be reconsidered for commercial whaling - is limited. This fundamentally undermines the justification for scientific whaling.

Nichola Raihani is at the Institute of Zoology in London 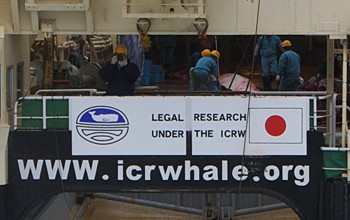