Ten Dolphins Captured at The Cove in Taiji!

Ten Dolphins Captured at The Cove in Taiji, Japan!

The first dolphins to be caught in Taiji this season were herded into the notorious Cove at Taiji, Japan today. These dolphins will be killed unless people come to Taiji to defend them.

Sea Shepherd has a crew of Australians, New Zealanders, Americans, and Japanese in Taiji, but are seriously out-numbered.

There are some 100 people in Tokyo who came to Japan to defend the dolphins, Sea Shepherd is calling for these people to come to Taiji immediately. The dolphins will not be saved from Tokyo.

“The dolphins need defenders at the Cove today and tomorrow,” said Michael Dalton of Sea Shepherd Brisbane who is leading the Sea Shepherd team on the ground at Taiji. “If you came to Japan to save dolphins, the place to be is Taiji and the time to be here is now.” 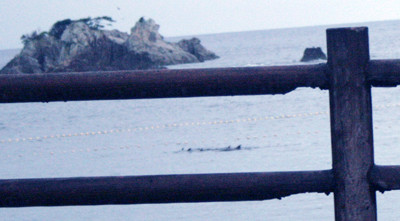