Presently the ship is sitting at anchor at a safe distance while damages to the vessel are being assessed.

To this point, the ship has not leaked any fuel. The consequences of such a spill would have been catastrophic as the entire bay would have been flooded with bunker fuel destroying mangroves and most of the life present. Credit goes to all parties involved with the refloating operation to help prevent this damage from happening.

There is no adequate disaster plan in the Galapagos to deal with situations like these, even after the Jessica oil spill in January 2001 off San Cristobal Island. The oil booms the National Park has at their disposal are not only too short, 300 meters to cover a 153 meter vessel, they are also insufficient for a disaster of this magnitude.

UNESCO should see no reason to remove the Galapagos Islands from the endangered list unless strict measures are taken to prevent these situations from happening. 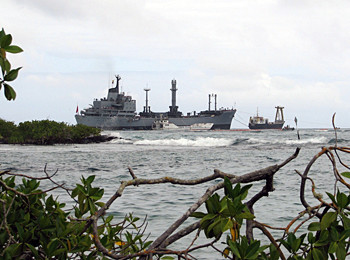 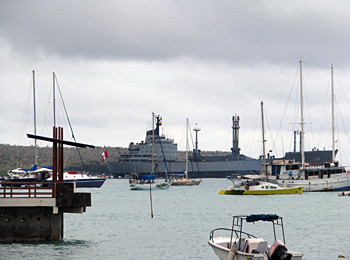 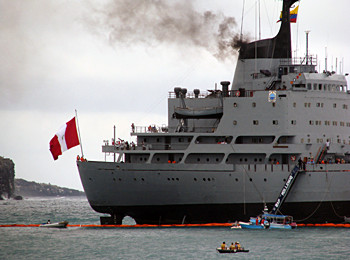