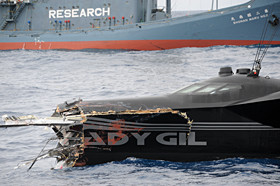 Until this morning the Japanese were completely unaware of the existence of the Bob Barker. This newest addition to the Sea Shepherd fleet left Mauritius off the coast of Africa on December 18th and was able to advance along the ice edge from the West as the Japanese were busy worrying about the advance of the Steve Irwin from the North.

“This is a substantial loss for our organization,” said Captain Watson. “The Ady Gil, the former Earthrace, represents a loss of almost two million dollars. However the loss of a single whale is of more importance to us and we will not lose the Ady Gil in vain. This blow simply strengthens our resolve, it does not weaken our spirit.”

“Australia needs to send a naval vessel down here as soon as possible to protect both the whales and the Australian citizens working to defend these whales,” said Steve Irwin Chief Cook Laura Dakin of Canberra. “This is Australian Antarctic Territorial waters and I see the Japanese whalers doing whatever they want with impunity down here without a single Australian government vessel anywhere to be found. Peter Garrett, I have one question for you: Where the bloody hell are you?” 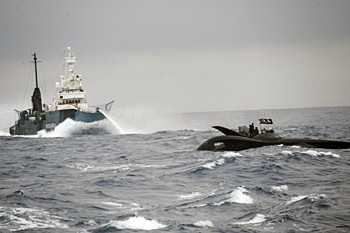 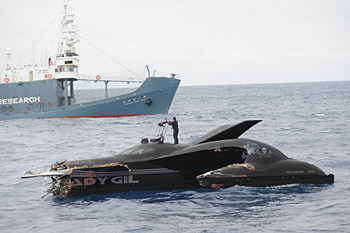 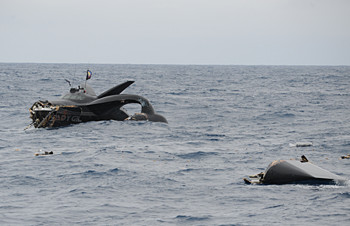 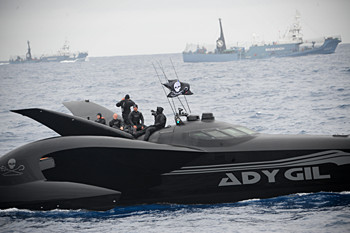 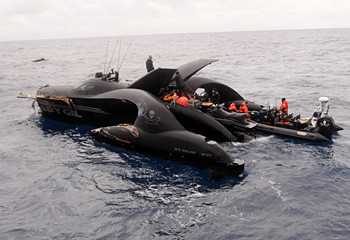