Of a total objective of 1035 whales kills they failed to take 484 whales.

"Japan took only 53% of their target," said Captain Paul Watson. "I think it is safe to say that the Sea Shepherd crew seriously affected their profits this season. My crew and I are elated that 484 whales are now swimming free that would otherwise have been viciously slaughtered. And we are especially pleased that not a single Fin or Humpback died and that is a complete victory."

Japan blamed the failure of its whaling fleet to net little more than half its target catch this year to "relentless interference" from environmentalists and described the situation as "regrettable."

"It is truly regrettable that we could not carry out the project as planned," said Agriculture Deputy Minister Toshiro Shirasu. "Sabotage by activists is a major factor behind our failure to achieve our target," a fisheries agency official said.

"The number of whales taken was low of course because of the sabotage," said Shigeki Takaya, a Fisheries Agency spokesman for whaling. "We're angry that they can carry out such dangerous activities, and it doesn't bother them."

Peter Hammarstedt, the second officer on the Sea Shepherd ship Steve Irwin was amused at that comment.
"Of course it did not bother us that the number of whales killed was low and we are proud that we stopped them from slaughtering the rest, and we intend to return again next season to save more whales. Our crew did a wonderful job this year and we are pleased that we have cost the Japanese whalers so much money and trouble. We hope to hurt them even harder next year," he said.

The Japanese have reported that the Australian government is investigating "crimes" by Sea Shepherd against their whaling activities. If this is so then no one with Sea Shepherd knows anything about it. Sea Shepherd crew have not been questioned nor have police inspected the Steve Irwin.

"The Japanese whalers figure that if they keep calling us criminals then people will think we are criminals," said Captain Paul Watson. "The truth is that it is the Japanese who are acting illegally by targeting endangered whales in a whale sanctuary in violation of a global moratorium on commercial whaling."

The Sea Shepherd Conservation Society is working to raise the funding to return to the Southern Ocean again in December 2008 for a fifth campaign to oppose illegal Japanese whaling. This season the Japanese killed only 53%. Last year they took only 51% and the year before that Sea Shepherd prevented them from killing 84 whales or 10%.

Since interventions by the Sea Shepherd Conservation Society the Japanese have consistently failed to reach their quotas.

"If we can get the support to secure a 2nd ship, we will be able to keep the Japanese whaling fleet on the run continuously and if we can do that we can prevent them from taking any a whales at all," said Captain Watson. "My goal is to save 100% of the whales that the Japanese want to kill in the Southern Whale Sanctuary." 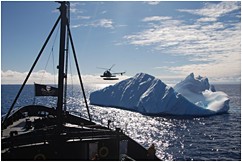 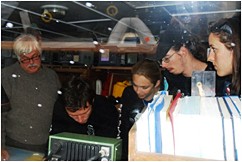 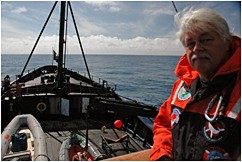 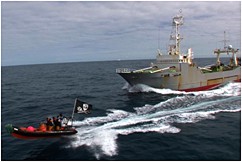 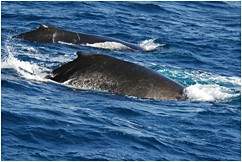 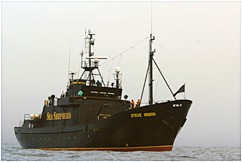