In Memory of Tim Carr

In Memory of Tim Carr 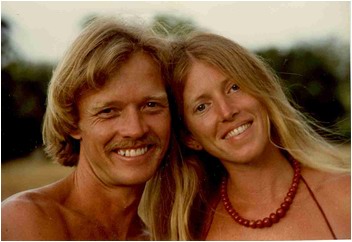 Sea Shepherd Conservation Society is mourning the recent loss of Tim Carr who died tragically in a car accident outside of Savannah Georgia on November 5th, 2005.

Tim was a sailor, environmentalist, carpenter, organic gardener, and musician and an active supporter of the Sea Shepherd Conservation Society since 1981.

People who call the Sea Shepherd office have heard his voice. Songs by Tim Carr make up the music on our phone system anytime someone is placed on hold.

Tim's introduction to environmental law enforcement and research began in 1968 after joining the U.S. Coast Guard. He served aboard an icebreaker that doubled as a research vessel for federal studies on the Great Lakes gathering documentation confirming the critical pollution levels found in Lake Erie. This mission led to the historic treaty of shared responsibility for pollution reduction and clean-up between Canada and the U.S. for the Great Lakes basin and the St. Lawrence Seaway.

After moving to Maui, Tim's dedication to the land led him to create CANE and ABLE (Citizens Against Noxious Emissions and Agricultural Bio-mass is Logical Energy) a community by Hawaiian Commercial Sugar (HCS). He offered solutions that would stabilize soil erosion and pollutant run-off while working to encourage biomass gasification research with alternative crops. These efforts also led to the defeat of the 28 mega-watt coal fired generator, proposed by HCS and MECO (Maui Electric Company).

Tim was Sea Shepherd's official representative on Maui for years. Sea Shepherd Hawaii's sweetest victory was born at a small concert in Haiku called "Save Our Sea." Tim and Lynda Carr organized and hosted an evening of music and inspiration in order to stop the federal lease sale of 2.5 million square miles of Hawaiian seabed for manganese nodule strip mining. After a successful federal lawsuit halted the lease sale, "Save Our Seas" went on to become "The Blue Ocean Preservation Society" representing Maui's citizens concerned about rapidly deteriorating near shore water quality.

Anyone who knew Tim or heard Tim songs, knew that his life long desire was to protect and to preserve this magnificent planet and its awesome diversity, for the coming generations, animal and human. Tim was one of the kindest, gentlest, and nicest people we have ever known.

Our sympathies and condolences to Tim's wife Linda. Tim Carr will was a much loved member of the Sea Shepherd family and he will be missed by all of us.