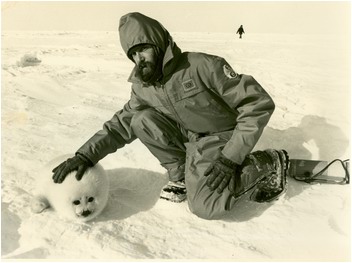 Bob Hunter was plainly and simply one of the most inspiring and visionary environmentalists of our time.

He was "the" founding father of the Greenpeace Foundation.

There are many of us who can be called co-founders of Greenpeace. Like veterans of a long war, we have all been kept aware of each other for three and a half decades. Some remain friends and some are now sworn enemies. But most of us have held, and will forever hold, a special place in our hearts for Bob.

In 1974, Bob took the embers of what we began with (the 1971 voyage to Amchitka to oppose nuclear testing) and he fanned the dying sparks into the flames that gave birth to what is today the International Greenpeace Movement.

The fact is that if there had been no Robert Hunter, there would not today be a Greenpeace organization. It would simply be a footnote in the history books from the early seventies. 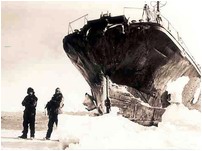 In March of 1976, he and I stood on the heaving ice floes off the coast of Labrador as a large sealing ship bore down on us. The ice cracked and split beneath our feet as I said to Bob, "When it splits, I'll jump to the right and you to the left." 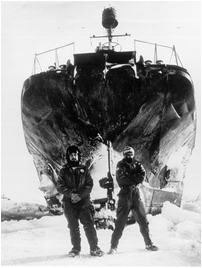 And he meant it. And because he stayed, I stayed, we brought that seal killing ship to a dead stop.

Bob participated in numerous campaigns with the Sea Shepherd Conservation Society. His last campaign with us was off the coast of Washington State in 1998 and 1999 when we were opposing the killing of whales.

Bob was a courageous man and that courage was present until the end. I had a hard time appreciating the seriousness of his illness over the last year because he was always so upbeat and positive every time I spoke with him.

Robert Hunter leaves behind a legacy - he not only had an idea, he nurtured his idea, and saw it grow to become an international powerhouse within the global environmental community.

Bob was many things: Journalist and author. Philosopher and activist. Television host and media critic. Artist and poet. Husband and father. Friend to the whales and friend to nature.

It was my great privilege to have been his friend for 35 years, to have sailed with him on Greenpeace and Sea Shepherd campaigns. To have spent time with him at the pub. To have known him.

In the year 2000, Time magazine listed us both together as environmental heroes of the 20th Century. We were not, however, equals. He was the teacher and I the student. I have learned a great deal from him.

With his passing the Sea Shepherd Conservation Society loses one of our most valued Advisory Board members. Greenpeace has lost the very Foundation of their organization and the world has lost an environmental icon.

There are very few people in the world who have not heard of Greenpeace. If not for Bob Hunter, the name today would have little meaning.

He was truly the father of Greenpeace and none of us who were his friends, his fellow co-founders, his shipmates, or his fellow eco-warriors can deny his unique and special place as one of the greatest and most visionary ecologists of the 20th Century.