How We Destroyed the Nisshin Maru

How We Destroyed the Nisshin Maru

Conspiracy Theories on How Sea Shepherd Destroyed the Nisshin Maru

The Sea Shepherd crews did not cause the fire that destroyed the mother ship of the Japanese whaling fleet. The last thing we would have wanted to do was sink a floating factory full of oil and chemicals in the pristine waters of the Antarctic ecosystem.

Yes, we intimidated them and harassed them and disrupted their whaling activities, but we did not damage them. The whaler Kaiko Maru did ram the Robert Hunter and did cause damage to the Sea Shepherd ship.

Sea Shepherd has never deployed a tactic that has had the potential to cause injury or death to another human being and this campaign was no different.

Of course, it was just a matter of time before Sea Shepherd would be blamed for the fire that destroyed the Nisshin Maru and put an end to Japanese whaling operations in the Antarctic Whale Sanctuary this year.

The Sea Shepherd ships were about 1,000 miles from the Japanese whaling fleet when the fire erupted in the factory area of the Nisshin Maru. Despite this there are already accusatory rumors that it was Sea Shepherd activists who destroyed the ship.

It makes for good drama, but there is no truth to the rumors.

However, this has not stopped the conspiracy theorists from creating the scenarios that demonstrate how Sea Shepherd attacked and destroyed the Nisshin Maru.

This was the theory actually voiced by a senior Australian policy expert to someone who relayed the conversation to Sea Shepherd. 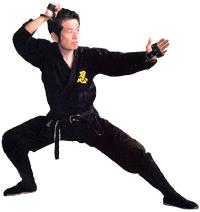 According to this theory the Sea Shepherd flagship Farley Mowat issued a maritime distress alert on February 9 to request assistance to search for two missing crewmembers. The crewmembers were not actually missing. They were in a small fast boat that crept up on the Nisshin Maru in dense fog. They scaled the slipway onto the deck of the factory ship. The deck was clear of Japanese crew due to the tossing of stink and smoke bombs by an earlier attack by Sea Shepherd crew. The crew were dressed in ninja black and made their way down an air vent into the whale meat processing room below. There they place a time delayed explosive device in a hidden place. The device could be triggered by a sat-radio signal from Sea Shepherd when the Sea Shepherd ships were well away from the area thus removing Sea Shepherd as a suspect in the attacks.

Sea Shepherd Response: This theory gives Sea Shepherd more credit for skill and technological inventiveness than we could possibly have. This theory would have us believe that two of our crew entered the compartment space of the ship after coming up the slipway and were not detected by any of the 156 crewmembers onboard the Japanese ship. This scenario would make for a good movie ending.

Founder and President of Sea Shepherd Captain Paul Watson was asked to comment on this theory by a reporter.

In this theory, Sea Shepherd crew planted an explosive device in the body of a dead whale. The whale was brought up onto the flensing deck and cut into pieces to be sent below to the factory deck for processing. The explosive devise was detonated in the factory deck area by a timing or remote device which caused the fire.

Sea Shepherd Response: This tactic was actually utilized in the plot of the fictional book Leviathan published by in the mid 1970's. It is dramatic. However, the Sea Shepherd crew did not encounter any dead whales in which to place such a device.

The Japanese public relations firm hired to depict anti-whalers as terrorists has tried to exaggerate the stink bombs Sea Shepherd crew tossed onto the deck of the Nisshin Maru. The Japanese always refer to it as "acid" tossed on the deck. This conveys an image of sulphuric acid eating its way through metal and thus the acid ate its way through the steel deck and onto machinery thus starting the fire.

Sea Shepherd Response: The stink bombs were made from diluted butyric acid which is, in fact, less acidic than citric acid. Butyric acid is butter acid and has the smell of rancid butter. It does not eat through metal. It just smells bad.

Conspiracy Theory #4 - God Did It

This theory has it that the destruction of the Nisshin Maru was caused by an act of God. In other words, the fire was caused by bad karma. This theory is backed up by evidence that it has happened before. In 1998, the Nisshin Maru suffered a fire on the way down to Antarctica and was severely damaged. The ship may be prone to accidents, or God just might possibly be a whale.

The Japanese public relations firms have been parroting the accusation that Sea Shepherd is an eco-terrorist organization. The strategy is that if they yell "terrorist" enough people will begin to believe it.

Terrorism is as Terrorism Does

Yet, the Japanese whaling operations are targeting endangered species in a whale sanctuary, and thus are terrorizing the whales and the environment. The burning Nisshin Maru is now terrorizing the penguin's colonies with the threat of a major oil and chemical spill. The whalers by their actions of killing and exploitation of a protected ecosystem can be legitimately labeled as eco-terrorists.

In the world of propaganda and counter propaganda, otherwise known as public relations, money talks and bullshit reigns supreme. Thus corporations and governments that plunder and kill can label those who protest killing and diminishment as "eco-terrorists."

By this reasoning, tuna fleets engaged in wiping out an entire species, like the bluefin tuna, defend their rapacity by labeling their opposition "eco- terrorists" for calling for a boycott of tuna fish sandwiches.

It is a strange Orwellian world we live in.