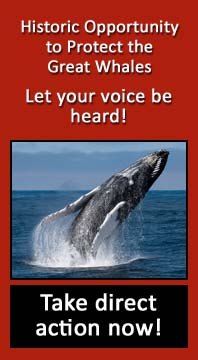 But the proposal fails our whales, and other marine life.

Critical feeding areas for the endangered blue whale, the largest creature to have ever lived, are proposed to be left unprotected and subject to oil drilling and sonar blasting. In fact, of ten critical hotspots for whales, sharks, and other marine life in the region, only two are proposed for protection.

However, if we all take action now before the deadline of August 8th, we can turn this decision around. Show Australia that Sea Shepherd supporters are serious about protecting whales by having your say.

It will only take a couple of minutes of your time, to enter in your details to set aside marine sanctuaries for the benefit of us all. Submissions are accepted from all over the world.

Fish, sharks, whales and other marine life are in imminent danger of an unprecedented and catastrophic extinction event at the hands of humankind, and are disappearing at a far faster rate than anyone had predicted, a study of the world's oceans has found from the International Programme on the State of the Ocean. Overfishing, pollution, run-off of fertilisers from farming, and the acidification of the seas caused by increasing carbon dioxide emissions are combining to put marine creatures in extreme danger.

One of the key ways to safeguard our oceans unique ocean life is to declare marine sanctuaries.

To find out more about why Sea Shepherd is supporting this historic opportunity for Australia to protect the great whales and set a new standard in ocean stewardship, watch our new short video and then take action.

Sea Shepherd supporters want direct action and direct results.  But without marine sanctuaries there are no marine life safe havens for anyone to protect and patrol.

Together, we can ensure these areas are created. 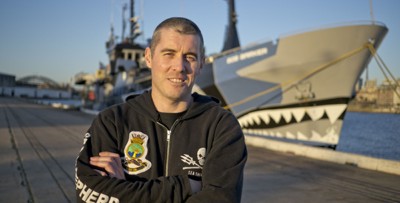