The decline of this species has been documented by various universities, government departments, and ministries, with human-induced impacts agreed as the major cause. The TMP review considers that fishing related activities such as entanglement in nylon filament set nets and trawling account for 95% of mortalities, with the remaining 5% due to seismic surveying, mining, pollution, and disease. The review estimates a 95.7% likelihood of further decline over the next five years at a rate of 7.6% each year. The Maui’s dolphin population is estimated to be able to sustain one death per 10 -23 years due to human related activities, five were lost in the past year.

In July the International Whaling Commission Scientific Committee urged New Zealand to take immediate action to effectively prevent an imminent extinction. In September, 576 members of the IUCN World Conservation Congress voted overwhelmingly to a motion to stop the extinction of the world’s rarest dolphin- Maui’s dolphin. There were two votes against the motion – New Zealand’s.

Scientific research has determined both cause and effect of the declining Maui’s dolphin population, and marine mammal sanctuaries have been proven in the New Zealand context to assist with species recovery. The purpose of the TMP is to identify current threats and to implement strategies that will reduce the human-induced impacts upon the Maui’s dolphin. We are watching and documenting the extinction of the Maui’s dolphin. Make sure you are one of the many who act to stop it.

Please mention the following precautinary measures in your submission:

Fishing-related measures proposed by the MPI: 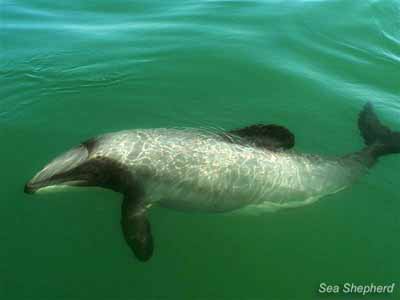