Help Save the Cape Fur Seals!

Help Save the Cape Fur Seals! 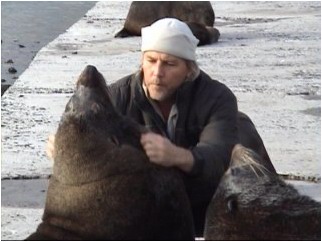 Captain Watson on Francois Hugo of Seal Alert-SA: One of the rarest things among people are those who have forged a bond with another species. It is such people that I admire and respect most for they have shaken loose the bonds of anthropcentrism and they have pierced that mysterious but familiar veil that separates us from the other wondrous species that share this incredible planet with us.

Francois Hugo is one such person whose profound love for the Cape fur seals manifests itself in a raging passion that  fuels both his anger at the injustice done to the seals and his compassion to do all that he can to defend and protect the seals.

Francois is a devoted shepherd to these marvolous creatures and he needs the assistance of every person who can muster up the compassion to support him.

Here is a man who is not asking for anything but for people to join his plea to the government of South Africa to help protect and save his beloved seals.

Sea Shepherd has signed onto a letter to IFAW-SA, asking them to share some funding with Francois and Seal Alert-SA. Please read more about this, but first please read all of the information we provide below this letter. There are wonderfully-moving slide shows to watch and banking/address information to send much-needed donations.

Thank-you for helping him to help the seals,
Captain Paul Watson 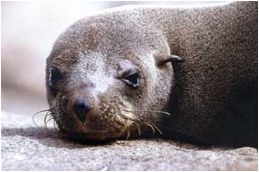 Dear all seal supporters from around the world,

A better world, I am trying, I am on my knees, and so are you. What's in front of us ? At the tip of Africa, there are 3000 licenced commercial fishing skippers and 30 000 fishermen, who are illegally killing Cape Fur Seals everyday. In life, and in reality, numbers count, I know you all care deeply about the animals. Our Minister in a democratically elected country, has to consider the needs of the majority, at the moment, it is 30 000 fisherman in one country wanting to kill seals versus 43 letters of support from 14 countries. I cannot go to the Minister, with this. Until I can show, that at least 30 000 people DO NOT WANT SEALS KILLED - I might as well, blow smoke into the air. I look over these millions of years old seals everyday, and I can see that they are hanging onto life by a thin thread. There is nothing between life and death, for them, except you and I. Help them, I mean really help them - please.

Please sign my petition. The link is below the donation details.

Sea Shepherd invites you to watch these inspirational slide shows* that Francois created. You will see firsthand what an excellent job he
has been doing caring for these seals, and you will realize
the great challenges that face him daily:

*If you don't have Power Point on your computer, click here to download a Power Point viewer.

SEA SHEPHERD ENCOURAGES YOU TO SEND A DONATION TODAY TO
SEAL ALERT-SA:

More information to be able to send the money via internet:

Canadian Voice For Animals has pledged to help Francois in his mission. They have given him space on their website and are facilitating and promoting the petition to save the Cape fur seals.  Below is a message from Earle Bingley of Canadian Voice for Animals:

Today, we have launched a Petition on line for the Seals of South Africa: http://www.PetitionOnline.com/Rrancois/petition.html

The goal of Seal Alert South Africa is to collect 30,000 plus signatures to present to Minister Martinus Van Schalkwyk - Department of Environmental Affairs and Tourism to convince him to use his ministerial powers and save the seals. These playful and gentle creatures are under attack by fishermen 24-7-365...They are asking for human help.

Please, we are asking you to take ten minutes of your time and read the attached document, which has instruction on how to make this petition work, in order to collect the signatures needed within a three month period.

I, and the Seals of South Africa are asking you to donate a small amount of your lives, as theirs depend on you so doing.

I thank you; the seals thank you, and one day generations of world citizens will thank you. 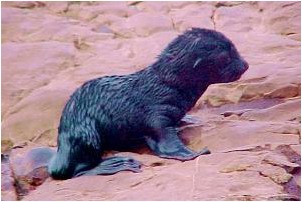 In the Republic of South Africa, the Cape Fur Seals are considered "res nullius," meaning they have no owner, and therefore, they have no animal rights protection, as they are not considered Sentient Beings.

Along the eastern coastline of South Africa, around the tip of Africa, and up along the west coast of South Africa, Namibia, and Angola, a range of over 4000 kilometres (approximately 2,500 miles). One of the most productive fisheries exist, it is here also where Cape Fur Seals breed, for decades a war has raged between fishermen and these warm and loving creatures.

Because of antiquated laws, (one-sided laws), fishermen are allowed to carry weapons and explosives on their fishing trips for fear of piracy -- "A euphemistic phrase to cover up the daily slaughter of innocent seals." Sadly, the only targets in these oceans of strife are the seals.

The Cape fur seal has been a protected species since 1973 under the Sea-bird and Seal Protection Act (Act 46 of 1973) but, ironically, this act was never written to protect them, instead its purpose was to control who killed them commercially. South Africa only suspended culling and clubbing of the seals in 1990. After their independence, Namibia has continued to club 60,000 baby 8-month old seals and shoot 7,000 bulls for their penises.

It is the aim of Seal Alert South Africa, and a host of other organizations, (including Canadian Voice for Animals, Action Against Poisoning, Seals-Turkey, and IFAW to name just a few), to create an electronic lobby of 30,000 world citizens and present this petition to The Honourable Minister Martinus Van Schalkwyk of the Department of Environmental Affairs and Tourism of South Africa, and persuade the DEAT, to carry out the existing laws and to introduce more effective Seal Protection Laws to the
Letter.

The South African Seals that have been in existence for five million years are slowly disappearing, from their offshore islands, and if the slaughter is not curbed soon, there will be no Fur seals - period. In the last decade, seals have declined by over 50%, and are currently experiencing, (above the illegal fishermen killing), the biggest mass death by starvation of seals the world has ever experienced.

We humbly and desperately ask all who see this lobby petition to sign it and pass it along to all of whom you might be acquainted.

For the Seals, I am,
Francois Hugo,
Animal Activist - Seal rescuer. 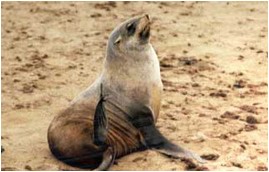