It has been a month since the rangers won their battle and ended their strike in the Galapagos National Park.  Fausto Cepeda, the Director appointed in September by the President of Ecuador, was fired.

Sea Shepherd members' support, along with groups like Wild Aid and the WWF, went a long way in convincing the Ecuadorian government that the demands of the rangers should be met.  Sea Shepherd created a controversy by calling for a boycott of tourism to the islands, and when bookings began to be cancelled, the Ecuadorian Ministry of Tourism responded by threatening Sea Shepherd with legal action.

We ignored the threat. It was good leverage and we responded to the Ministry of Tourism to have the government bring the situation under control in the Galapagos. The problem would not be solved by re-directing their anger at the Sea Shepherd Conservation Society.

The rangers were striking because the President of Ecuador had appointed Fausto Cepeda as the new director of the Park after firing Director Edwin Naula.  Edwin Naula was a strong advocate of conservation whereas Cepeda was openly a sympathizer of the fishing industry.  For Cepeda to have remained in that position would have been a disaster.

The rangers barricaded themselves in the Park. Cepeda led a gang of fishermen to the Park, where they broke down the barricades and attacked the rangers with rocks, clubs and Molotov cocktails, injuring a number of the rangers. 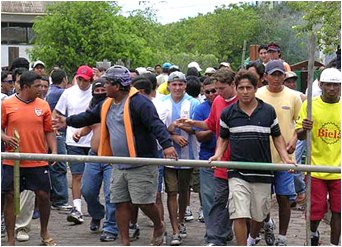 Finally the Ecuadorian government, embarrassed by the fishermen's violence in support of Cepeda, gave into the demands of the rangers and Cepeda was fired.

Naula was not reinstated unfortunately, because he is not a member of the political party in power.  However, the government agreed to set up a panel to oversee the selection of a new director and placed credible conservation advocates on the panel including Dr. Godfrey Merlen.  Furthermore the government agreed that the director will be selected for technical and not political reasons. This is a major and positive concession.

The government is also aware that something must be done to curb the violence of the fishermen. As a result, 18 fishermen have been arrested and will be prosecuted for the violence they initiated against the rangers.

The fishermen are still demanding to be allowed to fin sharks for the Asian market and this must be resisted.

We are currently raising funds for repairs and maintenance to keep the ship operating in the search for illegal fishing operations. 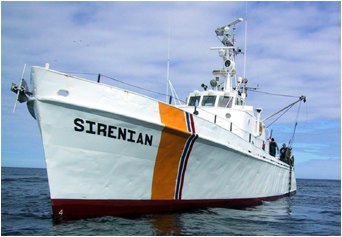