Galapagos Islands Listed as a World Heritage Site in Danger

Galapagos Islands Listed as a World Heritage Site in Danger

Sea Shepherd Continues its Commitment to Protect the Galapagos

"If we can't save a place so profoundly unique and so beautiful, if we cannot protect such rare and exotic species as those that inhabit the Enchanted Isles, then we will not be able to save any ecosystem anywhere on this planet. The Galapagos must be our line in the sand, the place where we make our stand and the place that we must defend and conserve."

After years of negotiating, Captain Watson took the Sea Shepherd ship Ocean Warrior to the Galapagos in March 2000. After a meeting with the Director of the Galapagos National Park (GNP) and the Ecuadorian Navy, Captain Watson pledged the permanent placement of a fast patrol vessel for the Marine Reserve. 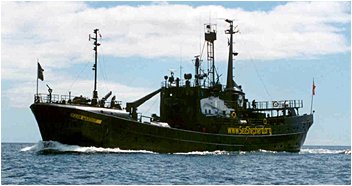 In December 2000, Captain Watson delivered our 95-foot fast patrol boat Sirenian to the islands. The Sirenian has been patrolling now for seven years and has intercepted numerous poaching operations. On that voyage was crewmember Sean O'Hearn, who is now our Galapagos Director of Operations. 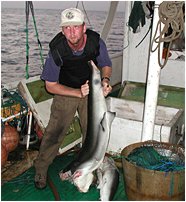 It has been a turbulent, controversial, troubled, and rewarding seven years. Sea Shepherd has established a permanent office now but the path has not been smooth as the National Park saw a string of directors fired and hired, some good, some not so good. Today we have an excellent director with Raquel Molina and a strong working relationship with her and her rangers.

We also have an excellent working relationship with WildAid, another organization dedicated to the protection of the islands, and with Animal Balance, an organization we have assisted in their efforts to spay and neuter over 3,000 dogs and cats brought to the islands illegally.

Over the last seven years, in their efforts to promote conservation, Sea Shepherd volunteers have been involved with violent clashes with outlaw fishermen and disputes with the Ecuadorian Navy. Sea Shepherd crew have stood as bodyguards to Lonesome George, the last tortoise of his species when fishermen threatened to kill him, and a half a dozen Sea Shepherd crew were held hostage on the island of Isabela in 2002 by rioting fishermen angry that their quotas were going to be reduced.

In January 2001, the Sea Shepherd patrol boat Sirenian was the first vessel on the scene of the Jessica oil spill and our volunteers spent weeks rescuing and cleaning oil soaked birds, seals, and marine iguanas. Our crews have participated in beach clean-ups and hosted journalists covering the political and ecological issues in the Galapagos.

During this time, we have seen great changes in the islands. When we first arrived it was not unusual to see marine iguanas sunning themselves on the sidewalks of the small sleepy towns or to see herons standing in the middle of the streets. Those days are gone. Dogs illegally brought to the islands by fishermen have killed hundreds of iguanas and drove them into hiding. More and more cars have brought about the littering of the roads with the corpses of thousands of dead birds. Our crew did a one day survey on the road from Baltra to Puerto Ayora and on the twenty mile stretch of paved highway they counted and photographed over 1,000 dead birds. 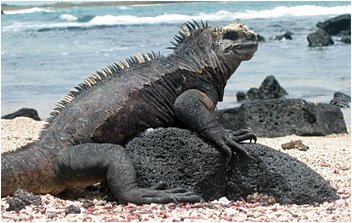 We have seen the steady diminishment of the islands as more and more people immigrate from mainland Ecuador to take jobs in the tourist and fishing sectors. When we first arrived only seven years ago there was only one place to make a telephone call on Santa Cruz, and now, the town has dozens of internet cafes and phone booths installed on the street. Prices have risen as more and more hotels and restaurants have been built. The haul by local fishermen of lobsters and fish to feed the ever-expanding tourist industry has increased dramatically.

The tourism industry is literally loving the islands to death with tourism numbers increased by 150% over the last 15 years. More tourists mean more tourist vessels, more imports of food and fuel, more workers, more machinery, more cars, and more technology. The harbors are now full of ships and vessels unloading cement, construction equipment, and supplies. There is even one ship that transports only beer to the islands on a regular weekly run from the mainland.

Fishermen still bully their way on the islands to get what they want, ignoring the conservation regulations and quotas. Democracy is also the enemy of the islands with the majority of the population having a vested interest in electing politicians who support more exploitation and less regulation.

She is constantly berating environmentalists for being more concerned with protecting iguanas and sharks than in protecting humans, failing to understand that if the ecosystem collapses so too does the foundation of all employment in the islands. 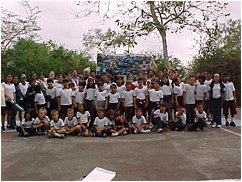 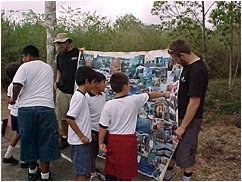 This week the United Nations' World Heritage Committee met in Christchurch, New Zealand, to discuss the status of some 830 UNESCO World Heritage Sites. The decision was made to add the Galapagos to the list of cites in critical danger. 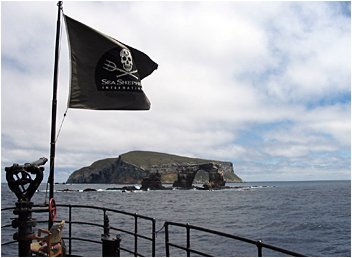 Sea Shepherd is committed to working with UNESCO, the Galapagos National Park, WildAid, the Charles Darwin Research Center, and all branches of the Ecuadorian government to address the threats to the Galapagos Islands.

Because the Galapagos Islands is a World Heritage Site, the responsibility for the protection and conservation of this unique ecosystem is international. We must all become involved because if we can't save the Enchanted Isles, we will not be able to save anything. 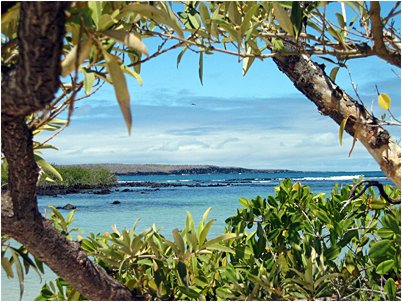