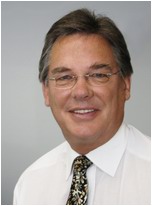 Horst Kleinschmidt has stepped down as Vice-Chairman of the International Whaling Commission and has volunteered his considerable expertise on whaling and fishery issues to Sea Shepherd.

Mr. Kleinschmidt was born in Namibia in 1945. He is a citizen of South Africa fluent in English, Afrikaans, German, and Dutch.

Since April 2005, he has been the appointed head of the Long-term Commercial Fishing Rights Allocation Unit of the South African Department of Environmental Affair and Tourism.

He was also the South African delegate appointed to the International Whaling Commission and served as Vice-Chair of the I.W.C.

In 1998, Horst was awarded the "Order of the Polar Star" First Class and was knighted by the King of Sweden. In 1991, he was awarded the Bruno Kreisky Prize for Services to Human Rights. This was in recognition of his decades of struggles against apartheid in South Africa.

Horst's anti-apartheid efforts in the late sixties and seventies resulted in numerous arrests, the loss of his passport, and exile to the Netherlands where he continued to fight apartheid until the evil system was defeated and he was able to return to South Africa as a patriot and hero.

Horst returned to South Africa in 1990 when the ANC was declared unbanned. He has served on numerous South African committees and positions since, and is considered a hero for his years of opposition to apartheid.

Sea Shepherd is building a strong support base in South Africa. With Horst Kleinschmidt joining Dr. Herbert Henrich and Willie Jacobz on the Sea Shepherd South African Board, we are in a strong position to aid whales and marine wildlife there.