The six ships, four whaler and two conservation vessels, engaged for over five hours. There were many near misses but no collisions. There were no injuries.

All ships have backed off and the convoy of whalers and anti-whalers continues in a Southwestern direction into the Southern Ocean Whale Sanctuary.

“Tomorrow marks a full week that not a whale has been killed,” said Captain Paul Watson. “Our goal now is to make it two weeks and then three weeks. We will not tolerate the death of a single whale. If they attempt to kill and transfer a whale to the Nisshin Maru there will be inevitable collisions, because we will neither move out of harms way nor cease blocking the slipway. That I can promise.” 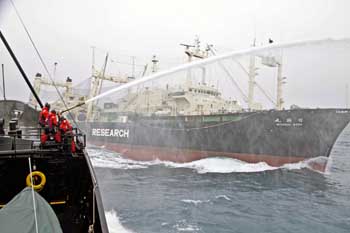 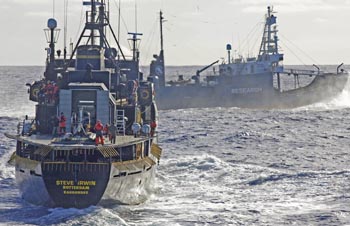 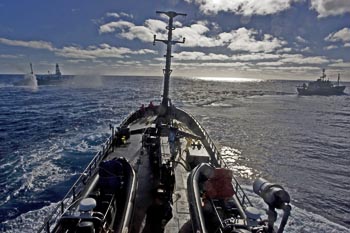