These regulations are designed for the specific purpose of preventing the world from witnessing the incredible cruelty inflicted on the seal pups by Canadian sealers. In a very Orwellian manner the Canadian government calls these laws the Seal Protection Regulations.

In the HSUS case, the defense case rested heavily on the video records of four separate parties: a Canadian government ship, an independent reporter and two of the accused. These videos scientifically showed that the defendants were at least 19.6 meters from sealing activity at the time of the incident. Judge Décoste refused to hear the experts who were called by the defense, but nonetheless found, after viewing the tapes himself, that the Crown case had not been proved.

"This was not only a victory for my clients but for the entire Canadian justice system," continued Ruby. "Today's ruling proves what we have been saying all along. These charges should never have been brought in the first place. These charges were no more than an attempt to silence us:  a conviction would certainly have been followed by refusal of Observation Permits by the Minister of Fisheries. Our presence documenting this cruel hunt of baby seals keeps the pressure of world criticism on Canada and enables us to urge the rest of the world to refuse seal products."

In April of 2009, Sea Shepherd captain Alex Cornelissen of the Netherlands and 1st officer Peter Hammarstedt of Sweden will go on trial on charges of violating the Seal Protection regulations. Sea Shepherd expects to win this case also and will be filing a civil suit against the Canadian government for damages. 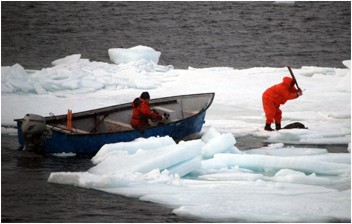 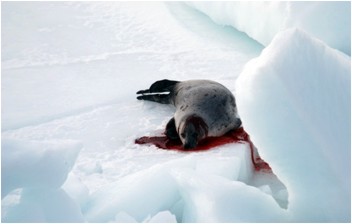 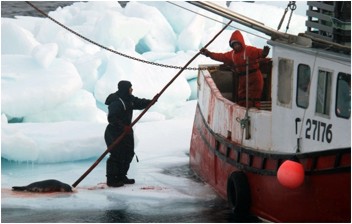