Europe Unites to Defend the Whales

Europe Unites to Defend the Whales

The European Union agreed on Thursday to take a unified stand against whaling in a statement issued just days before the International Whaling Commission (IWC) meeting this month.

"With this decision the European Union can now take a strong role at the International Whaling Commission and use all its political, moral and economic weight to ensure a more effective protection of whales worldwide," said EU Environment Commissioner Stavros Dimas.

The European Commission has been spearheading efforts to find a joint position but as the 27-nation bloc is not yet a party to the IWC, it cannot negotiate on behalf of member states. Environment ministers meeting in Luxembourg adopted a common position based on support for the current moratorium on commercial whaling, the setting up of whale sanctuaries and encouraging the use of non-lethal methods to collect scientific data.

"There is no need to kill whales to obtain scientific information about whales," the EU's executive Commission said in a statement. "Adequate data for management purposes can be obtained using non-lethal techniques," it added.

"This is exciting and welcome news," said Sea Shepherd Founder and President Captain Paul Watson. "With Australia's Labor government backing down from its campaign promises to aggressively defend the whales, the united European position will help to take up the slack."

Captain Paul Watson and a Sea Shepherd delegation that will include former Australian Environment Minister Ian Campbell and Sea Shepherd crew-members Shannon Mann from Canada, Kylie Herd from Australia and Laura Dakin from Bermuda will be in Santiago to unofficially attend the meeting.

The Sea Shepherd Conservation Society is the only organization that is officially banned from attending the IWC meetings.

"This status of not being welcome at the IWC meetings by reason of being the only organization that actually enforces IWC regulations is a position that we are quite proud of," said Captain Watson. "We are the conservation watchdogs nipping at their heels and hounding them both on land and on the sea. Most importantly we are the voice of our clients the whales and thus the most important voice at the IWC meetings because we speak for the victims of the cruelty and the cetacide advocated by the barbarous whaling nations of Japan, Norway, Iceland, and their purchased puppet nations that are pimping their votes like cheap Japanese geishas." 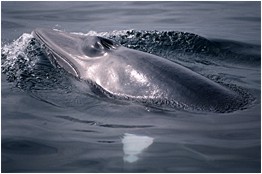