Ecuador Takes Action on Population Pressure in the Galapagos

Ecuador Takes Action on Population Pressure in the Galapagos

Finally, the government of Ecuador is taking action to enforce the Special Law of the Galapagos.

About 15,000 people are legally qualified to live in the Galapagos. Another 10,000 are living and working in the islands illegally.

Under the special law for the Galapagos, Ecuadorian citizens are not automatically allowed to live in the Galapagos Islands. They require a special permit.

According to Ecuador's Minister of the Environment Ana Alban, some 5,000 illegals have been identified and will be deported. 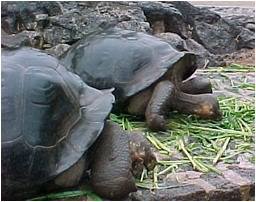 The Galapagos Islands, 1,000 kilometers (625 miles) off Ecuador's Pacific coast, are Ecuador's biggest tourist attraction. They are known for their unique flora and fauna, including marine iguanas, blue-footed boobies, and giant tortoises that live up to 150 years of age. The islands, declared a UNESCO World Heritage Site in 1979, inspired Charles Darwin's theory of evolution. 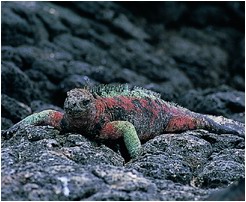 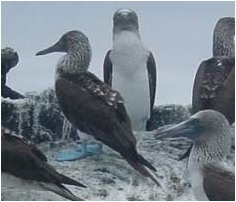 The impact on diversity and habitat is significant as more and more people come to the islands. Some 150,000 tourists visit the island each year. As the tourist industry has grown it has attracted workers from the mainland.

"When we first visited the islands six years ago you had to walk around the marine iguanas in the sidewalk on the main street of Puerto Ayora," said President and Founder of Sea Shepherd Captain Paul Watson. "Now there is not an iguana to be seen. Domestic dogs brought the island by fishermen killed over 150 iguanas last year on San Cristobal. Things are changing and not for the better."

Sea Shepherd is in the process of opening an office in Puerto Ayora and has provided the Galapagos National Park with a fast patrol vessel to intercept poachers in the Marine Reserve.