Double Whammy in the Galapagos: Two Busts in Two Days on Two Islands 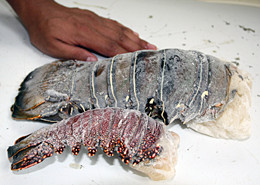 Based on a Sea Shepherd investigation, the Environmental Police busted a lobster poacher and confiscated 176 lobsters Wednesday night on Isabela Island. The Ecuadorian Environmental Police raided the house of Jaime Fabián Cedeño Maldonado. Freezers in the back of the house contained over 100 pounds of illegally caught red and green lobsters. The lobsters, valued at approximately $2,500, were scheduled to be smuggled to mainland Ecuador for sale.

In response to the busts, Director of Sea Shepherd Galapagos, Captain Alex Cornelissen said, “This is just the beginning. We intend to end the pillaging of the protected waters of the Galapagos Marine Reserve, a United Nations World Heritage Site. This isn’t the wild west where robbers can steal what they want without repercussions.”

Galapagos law prohibits possessing or selling the red and green lobsters at this time of year. Lobster fishing season is strictly regulated because their populations have already been greatly diminished from overfishing.

The prosecutor on Isabela Island, Ismael Garcia Morales, issued an arrest warrant for Maldonado. Currently, Maldonado is on the run.

Sea Shepherd is working with the Ecuadorian Environmental Police, the Galapagos National Park Service, and legal advisors to ensure these and other poachers are prosecuted to the fullest extent of the law. 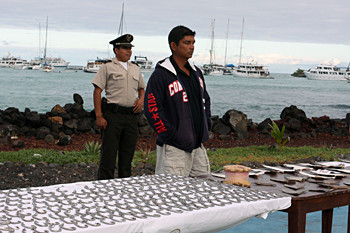 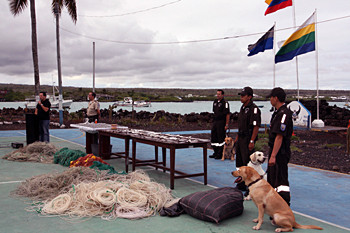 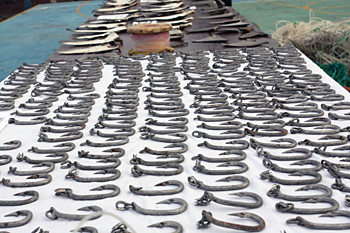 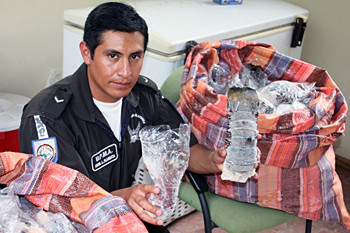 Officer with the illegally caught lobsters