Death in the Ross Sea – Whale Killed by the Japanese Whalers

This is the sixth straight day that the Steve Irwin has been in pursuit of the Japanese whaling fleet as it heads further and further into Southern waters.

Captain Paul Watson may have to deploy his small boats at longer range to cover the movements of the harpoon ships.

"It is dangerous to send these boats over ten miles from the ship, but we cannot continue to stop them unless we do," said Captain Watson. 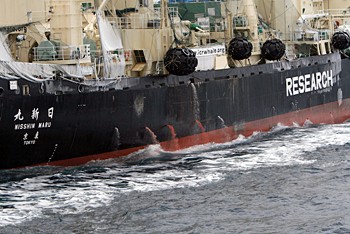 Blood pours out of the scuppers of Japanese factory whaling ship the
Nisshin Maru after a minke whale was newly caught in Antarctica's Ross Sea.
Photo by Adam Lau/Sea Shepherd 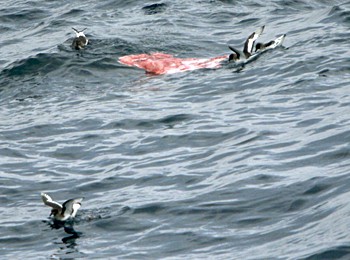