Report from Captain Paul Watson in the Galapagos 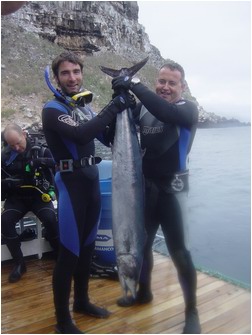 Sea Shepherd Conservation Society endorses eco-tourism in the Galapagos as long as the tour boat operators and guides hold to the strict observation of the National Park laws protecting the unique flora and fauna on the islands and in the waters of the Galapagos Marine Reserve.

Fishing is a destructive industry, especially to the Galapagos, and employment through tourism is the more positive alternative and it is also a much larger industry employing many more Ecuadorians.

As much as we would like to see the Galapagos uninhabited and left to the creatures of the wild, the reality is that some 25,000 people are living there, and more and more people are coming to the islands every week.

For the most part, the tour boat and dive boat operators are responsible businessmen, and although we would like to see more tourism dollars actually stay on the islands rather than sent to the mainland, we recognize the value of tourism to protecting these islands.

Therefore, Sea Shepherd believes that these tourist operations should be monitored and rated. Towards this end, the Sea Shepherd will be preparing a study of what businesses contribute to the protection of the National Park and what businesses are a part of the problem.

Recently, a controversy erupted when photographs surfaced of Celebrity Xpedition employees displaying freshly killed sharks on board the vessel Xpedition. Although the sharks were killed in January 2005, the allegations and the photographs did not come to anyone's attention until late September. Immediately, the Naturalist Guides Association of the Galapagos sent a letter to the Director of the Galapagos National Park urging strong action taken against the Celebrity Xpedition vessel.

This was more than taking an opportunity to take a swipe at a competitor. Lindblad Expeditions is well aware that this kind of publicity will hurt the industry as a whole.

Mary Jo Viederman, Lindblad's vice president of communications said, "When someone gets caught with illegal sharks on board, it makes everyone look bad, it draws attention to tourism in the Galapagos, to foreign operations and to whether ecotourism is really a farce."

But to be fair Celebrity Xpeditions, they appear to have not been aware of the misconduct of their employees with regard to this incident.

It is a credit to Celebrity Xpeditions that the company immediately fired the three crew members who appear in the photos and turned them over to the police for investigations into charges of illegal shark fishing.

The killing of sharks in the Galapagos is illegal. Fishing is outlawed in the waters near the islands, which are a marine reserve, but sharks are a protected species even beyond the reserve.

In a tense political climate where commercial fishermen are at odds with the tourist industry, the involvement of tour boat operators with illegal fishing creates an angry controversy.

Lynn Martenstein, vice president of corporate communications for Celebrity's parent company Royal Caribbean Cruises said, "these alleged actions are in total violation of Celebrity's strict environmental policies, and any employee who willfully disregards those policies will be fired and face any subsequent consequences."

Lindblad Expeditions is not satisfied with this and states that the buck stops with the operator. "It's not enough to say, "You're fired," said Viederman. "The responsibility is on the tour operator. Any consequence has to be doled out to the tour operator who sanctions these operations. The tour operators have to be accountable and vigilant."

Sea Shepherd certainly sympathizes with the position of Lindblad Expeditions, but the evidence indicates that Celebrity Xpeditions certainly learned a lesson with this incident, and will be more vigilant with their employees from here on in.

Of more concern, are the smaller operators. Recently, a camera was found by a diver on the ocean floor close to Darwin Island, the northernmost island of the Galapagos. The film was developed and when the photos were revealed the pictures were turned over to the National Park. There on the back of a small tourist boat posing with a large wahoo are two tourists proudly grinning with their illegally caught trophy fish.

There is an investigation underway to locate the vessel in the picture. Meanwhile, we are happy to post the picture of two criminal tourists to the Galapagos, two individuals who represent the kind of tourist that these islands do not need.

Make no mistake about it. These men are pictured in a criminal act and their crime is no different than elephant poaching or trafficking drugs.

This is a portrait of a crime in progress and this picture will serve as a notice that if these two individuals ever return to the Galapagos they will be arrested and charged with illegal fishing and violation of the conservation regulations of the Galapagos National Park.

For more information on Sea Shepherd's work in the Galapagos, click here.