On the morning of October 11th, a unusual vessel entered the harbor at Puerto Ayora in the Galapagos.

It was a long liner but not just any long liner. This one was flying an American flag.

This of course came as a complete surprise. We had never encountered an American long liner in these waters before and this one, named the Provider, although heavily laden with radio beacons, lines and hooks did not have a Port of Call displayed on her stern nor did the vessel display an American fishing license number as U.S. law obligates it to do.

All the crew appear to be Spanish speaking and none appear to speak English.

The Sea Shepherd Conservation Society contacted the Galapagos National Park to investigate this vessel and also has brought the issue to the attention of the U.S. government and has relayed photographs of the vessel to the proper authorities.

The questions the arrival of this vessel pose are:

Further enquiries answered some of these questions:  The Deputy Director of the Office of Law Enforcement of NOAA's, National Marine Fisheries Office, was unable to identify the vessel, and Captain Paul Watson directed his First Mate, Alex Cornelissen to demand additional information from the crew of the Provider.  He was told that the ship was actually from Costa Rica.  But the ship was illegally sailing under the United States flag, and it had illegally entered the Galapagos National Park under that flag.

We have contacted the Puerto Ayora Port Captain to investigate further. 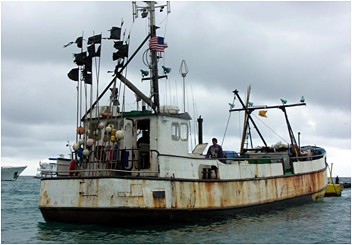 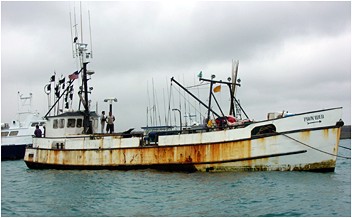