Greenpeace has decided to concentrate on a court case in Japan involving two of its activists along with a campaign to turn Japanese opinion against whaling. The leadership also rejects Sea Shepherd's confrontational tactics.

"Their brand of militancy has generated a huge backlash in Japan," Steve Shallhorn, chief executive officer of Greenpeace Australia-Pacific, said Friday from Sydney. "Japan is a society where confrontation is avoided and property damage is considered violence."

Captain's note: Huge is the word for it. In other words, our actions did not escape notice and for the first time ever the issue of illegal whaling by Japan in the Southern Ocean made headlines in Japan. We got their attention.

Shallhorn acknowledges that Greenpeace has been "out-messaged by the Japanese Fisheries Agency."

"They've been very skillful, using the message that Westerners can't tell Japanese what they can and can't eat."

Captain's note: We are not telling the Japanese what they can and cannot eat. We are telling them that we will not tolerate their illegal slaughter of the whales. This is not about cuisine, it's about upholding conservation law.

But Watson argues that, with its resources, Greenpeace could easily afford to fight its court battle and mount a public relations campaign - and still harass whalers at sea.

"Look, we don't have time to 'turn public opinion,"' said the bushy-bearded Watson, 57, who was born in Toronto. "Greenpeace is utopian. It's just not gonna happen."

Watson, who flies a skull-and-crossbones flag on his boat, claims he was shot in the chest last year by a Japanese sailor who was on board the whaling ship. Only a bulletproof vest saved his life, he said. 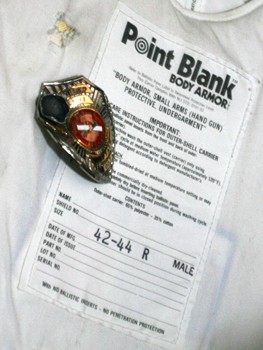 Shallhorn scoffed at the incident, saying that Watson - "never one to miss a media opportunity" - has never produced the bullet. Instead, he thinks it was a piece of shrapnel from a stun grenade that had been fired from the deck of whaler.

Captain's note: We in fact did produce the bullet. It is pictured on our website. We asked the Australian police to take a look at it and they refused. But if Shallhorn believes it was a piece of shrapnel, why would he scoff at the bullet proof vest that saved my life. The ship's doctor examined the bruising left by the bullet. There is a hole in my suit and vest that was not there only a few moments earlier as can be seen in the film. If Shallhorn is questioning our integrity then I can only respond by asking him how we can trust anything Greenpeace says after they have been raising money for a year on a lie - that they would be returning to the Southern Ocean Whale Sanctuary to defend the whales and now with the money in the bank - they will sit back and watch us battle it out alone with the whalers.

The Australian government is not sending its patrol icebreaker, the Ocean Viking, to keep the peace or monitor the confrontations during this whaling season, which typically lasts until April.

Tokyo has sent vessels in the past, and Watson has heard rumors of "a Japanese gunboat" being deployed as an escort to the Nisshin Maru this year.

"They could send the whole damned Japanese Navy," he said. "We're not going to surrender in this fight to save whales," said Watson.

The Australian environment minister, Peter Garrett, the former lead singer of the rock band Midnight Oil, recently named Sandy Holloway to be the country's first special envoy for whaling. Holloway, the former head of the Sydney Olympics organizing committee, is expected to press the Japanese to abandon whale hunts in the Southern Ocean.

Shallhorn (Greenpeace) sees the Holloway appointment as "a significant development."

Few Japanese eat whale meat on a regular basis, and Shallhorn said Greenpeace polling shows that most Japanese "wouldn't touch it with a 10-foot chopstick."

Captain Paul Watson: I'm sure they wouldn't touch it with a 10 foot chopstick. They prefer 8 inch chopsticks.

But surveys also show that the idea of whaling and whale meat apparently still resonates with some Japanese, especially older men. After World War II, with Japan on the verge of starvation and winter coming on, General Douglas MacArthur requisitioned ships for whaling expeditions.

"They were encouraged to go whaling," Shallhorn said. "For almost 10 years, whale meat was an important part of the Japanese diet, a lot of the protein in their diet."

The International Whaling Commission, with 82 nations as members, banned commercial whaling in 1986. Some native and aboriginal groups are permitted to hunt whales for food; Norway and Iceland have since objected to the moratorium and continue to hunt whales.

International law also allows whaling for scientific purposes, and Japan uses this codicil to license its deep-water whalers. They mostly hunt minke whales, but also fin whales, which are listed as endangered by the International Union for the Conservation of Nature.

"The Japanese have seized on that loophole," Shallhorn said, "and stretched it beyond all recognition."

Captain Paul Watson: And Greenpeace has seized on this issue to raise millions of dollars and now they have surrendered the killing grounds of the Southern Ocean to the whalers. Shame on them for defrauding the public, stealing their money and reneging on their commitment to return to defend the whales. As a co-founder of Greenpeace I am deeply offended that they have so sullied the name of an organization that I helped to create. 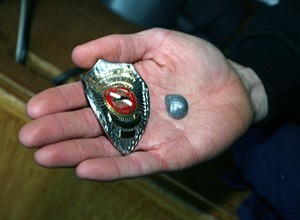 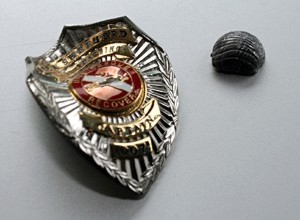