The offensive commentary written by Mr. Watson equates this humane harvest with the killing of civilians during the Vietnam war. It represents an invective against Inuit that has nothing to do with conservationist principles. These deeply hurtful remarks reveal an extremism that is unacceptable in our society, and we call for an immediate apology and retraction of these comments. The Sea Shepherd Conservation Society should as well immediately remove Mr. Watson as their president.

The Inuit people are closely connected to their environment and have been for centuries, and will continue to practice their great culture. Inuit strongly believe animals should be respected and should never suffer as in this case. Mr. Watson's comments demonstrate a deep ignorance of Inuit society, and seek to demonize their culture and traditions. His extreme comments discredit the Sea Shepherd Conservation Society, which he represents. These comments are deeply offensive to Inuit, and to all Canadians.

The irresponsible comments made by Paul Watson are proof that Mr. Watson's leadership as president of a conservationist movement should end immediately.

This is Captain Paul Watson's response.

I have absolutely no intention of apologizing for or retracting my criticisms of the cruel and unnecessary massacre of 560 defenseless Narwhals by Inuit riflemen on the orders of the Canadian government. I also have no intention of resigning.

There was nothing humane about the slaughter that followed as Inuit riflemen opened fired on the frightened whales. The "stress" of an icebreaker would have been minimal compared to the horrific trauma of having family members torn apart by bullets around them. There is no humane way to shoot a whale. For the DFO to describe this slaughter as "humane" is ludicrous but then again not unexpected from a government that describes the skinning of a baby harp seal alive as "humane."

The use of the word "harvest" also illustrates the callousness and insensitivity of the DFO. These whales were not "harvested", they were shot in cold blood like fish in a barrel. These are endangered species and the responsibility of the government of Canada should have been to do everything possible with the resources available to them to save these animals. They did not.

This is the same DFO that spends millions of dollars each year providing icebreakers to the Canadian sealers to break paths through the ice to kill seal pups. There is no excuse for their refusal to break these Narwhales out of the ice.

I said nothing hateful about Inuit culture. My criticism was for the behavior of those individuals who slaughtered 560 Narwhals when it was possible to rescue them. I maintain that the slaughter was barbaric, cruel and unnecessary. I make no apologies for that. I could not care less what race or culture these men belonged to - it was their behaviour that I condemned and I maintain that it was a viciously cruel way to execute the orders of the government of Canada.

Our clients are whales and other marine wildlife. We represent their interests and not the interests of people of any culture, of any race, of any belief. We do not discriminate on our criticisms of human culture. The defense of life, diversity and the ecological health of this planet takes precedence over any culture. I am frankly sickened by the continued use of culture to justify everything from bullfights to fox hunts, to polar bear hunting to whaling to cutting down the rainforest.

My empathy is for hellish horrific pain, suffering and loss borne by the Narwhals. They are after all the First Nations. They were there before any of us and humankind has waged bloody war on the First Nations for far too long.

And in this war between our species and the others, (non-human sentient citizens of the planet) I side most passionately with them against us, a proud traitor to my species and every whale I can save from the clutches of death at human hands is a victory.

The Canadian government could have rescued those whales, if they had the political will to do so. They did not, so they let Inuit riflemen act as the executioners of their cold-hearted bureaucratic decision.

I fault the Canadian Department of Fisheries and Oceans first, the riflemen second and the Inuit culture not at all. This was a crime perpetuated by individuals with the consent of government and in this case my comparison with the slaughter of civilians at MyLai, Vietnam does differ. The slaughter at MyLai in 1968 under the orders of Lt. William. Calley was not done with the consent of the U.S. government. 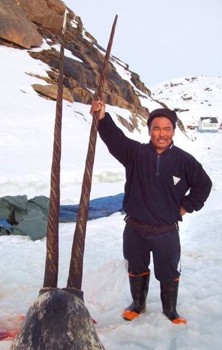 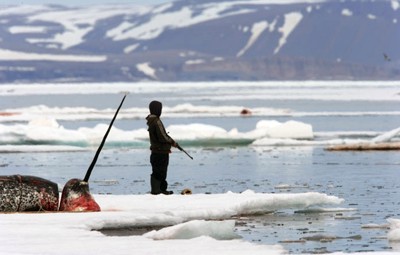 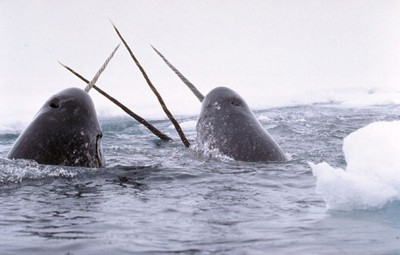