The Coast Guard has demonstrated extreme recklessness with this move. The crew of the Farley Mowat were engaged in documenting the slaughter of seals. They were not interfering with the hunt.

"I'm beginning to wonder if anyone on the bridge of the Groseilliers has a license to command a ship," said Captain Alex Cornelissen. "The incompetence of the Coast Guard has already cost the lives of four sealers this week-end and now they are ramming ships in dangerous ice conditions. This is unbelievable. It's like the Coast Guard has declared war on seal defenders and the sealers are collateral damage."

The Farley Mowat will remain in the Gulf of St. Lawrence and will continue to document the atrocities on the ice. Already the crew have seen enough evidence to understand that the Canadian government's pretense that the slaughter is humane has no basis in reality - in other words it's a state sponsored lie.

"It appears that Canada is prepared to use violence to cover-up the truth of this slaughter," said Captain Paul Watson. "Our duty is to resist their violence and continue to document the truth." 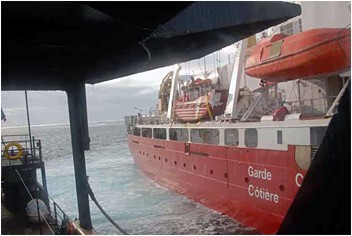 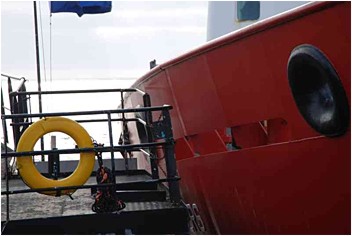